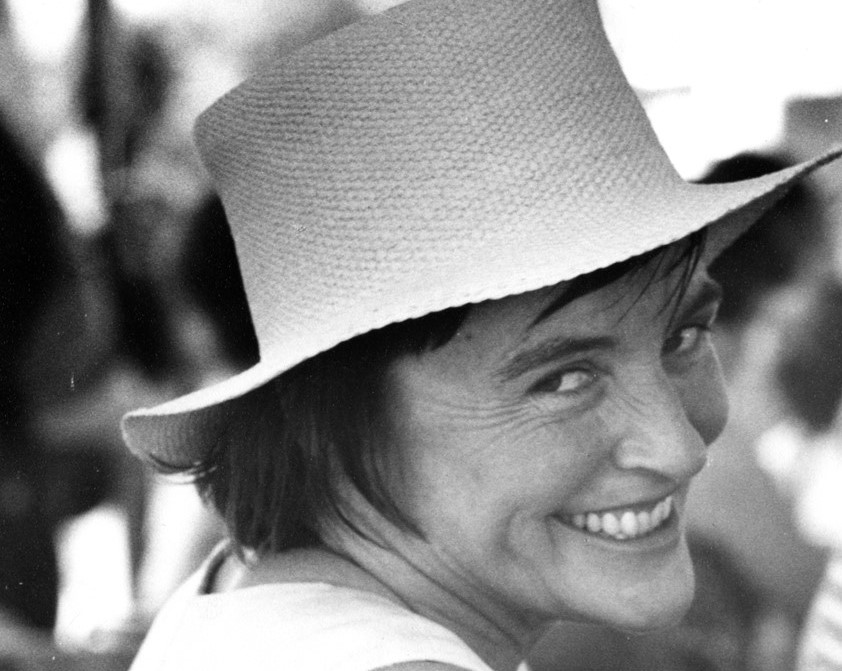 Image of Betsy James Wyeth in 1968 via the Wyeth Family Archives.

The Brandywine Conservancy & Museum of Art has announced the death of Betsy James Wyeth at the age of 98.

Betsy was a catalyst in the creation and opening of the Brandywine River Museum of Art and was a visionary in the worlds of art and architecture. She was also a published author, art collector, and a driving force in the career of her husband, artist Andrew Wyeth, serving as his muse, business manager, and chief archivist of his work. Together with Andrew, she was a major benefactor in the fields of art and education.

Born in East Aurora, N.Y., Betsy Merle James briefly attended Colby Junior College in New London, N.H. Her family vacationed in, and ultimately moved to, Cushing, Maine, where at age 17 she met Andrew Wyeth on his 22nd birthday. The couple was married the following year and moved to Chadds Ford. Their marriage spanned nearly seven decades before Andrew’s death in 2009.

The museum opened to much success in 1971 and has since become internationally recognized for its collection of American art, most notably by the Wyeth family. Over the years, Andrew and Betsy Wyeth would donate many important paintings both to the Brandywine and the Farnsworth Art Museum in Rockland, Maine.

Following Andrew Wyeth’s death in 2009, Betsy generously gifted her husband’s studio to the Brandywine River Museum of Art. Now a National Historic Landmark, the Andrew Wyeth Studio is open to the public seasonally for tours.

As soon as it re-opens to the public, the Brandywine River Museum of Art is planning to honor the life of Betsy Wyeth with a memorial tribute of 18 Andrew Wyeth works, depicting his wife and muse, created over the decades.