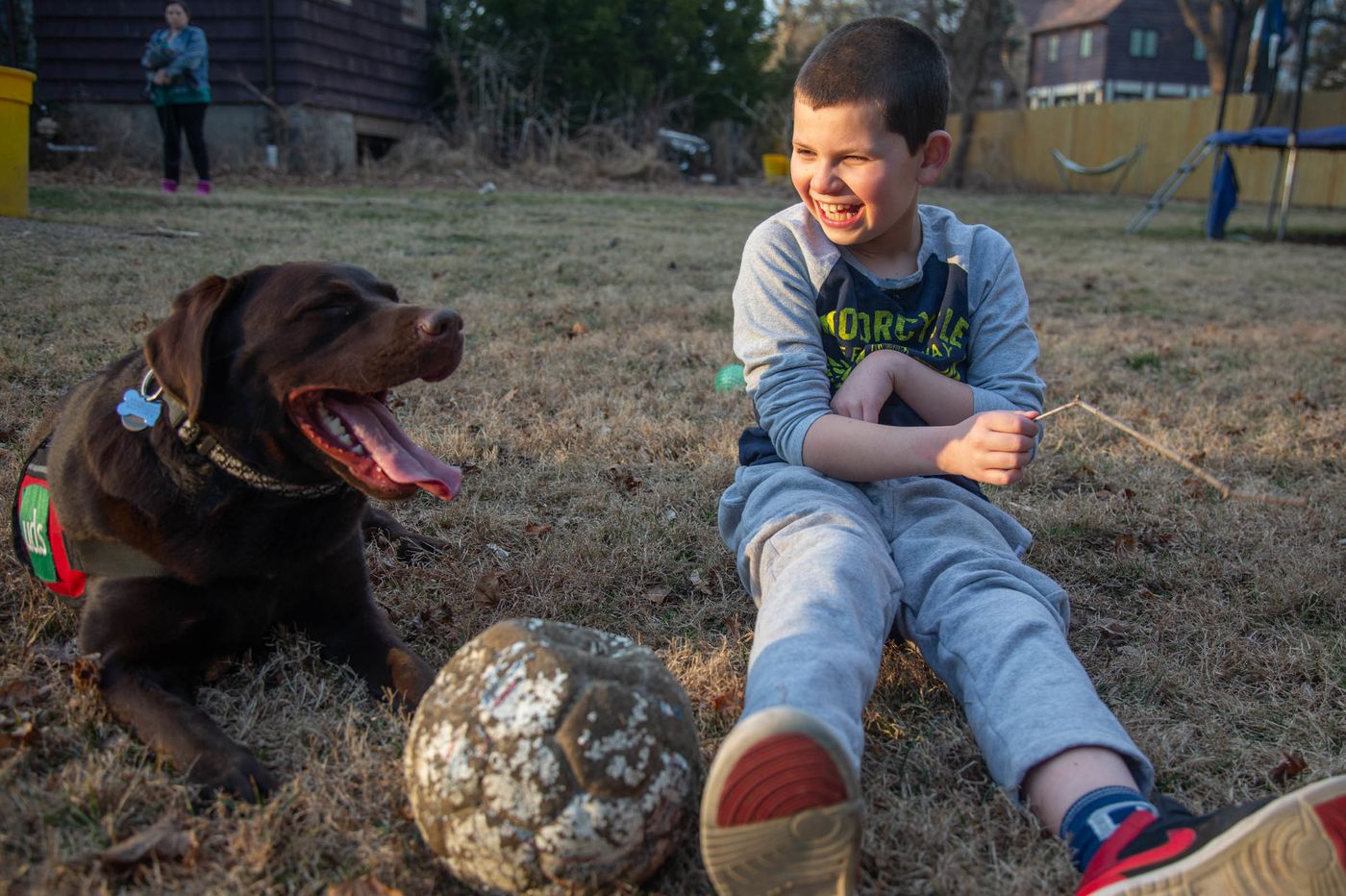 Service dog Rader makes it easier for ten-year-old Dylan Gordon of Bala Cynwyd, who is on the autism spectrum, to connect with the world. Image via The Philadelphia Inquirer.

Service dog Rader makes it easier to connect with the world for ten-year-old Dylan Gordon of Bala Cynwyd, who is on the autism spectrum, writes Natalie Pompilio for The Philadelphia Inquirer.

When Dylan becomes anxious, Rader comforts him by acting as his weighted blanket.

On every outing, the dog stays by Dylan’s side, his presence ensuring that the fifth-grader remains calm.

And when in a car, Dylan often self-soothes by taking his shoes off and rubbing his feet on Rader’s fur.

To Dylan, Rader is much more than simply a service dog. He is the boy’s best friend and a bridge that helps him connect to others.

The symptoms of the boy’s autism – him being nonverbal, for example – have kept him “kind of independent from his family,” said Kristina Conrad, program coordinator for UDS Service Dogs. The Lancaster-based organization trained Rader and oversaw his placement with Dylan.

“But Rader has changed the way he interacts with them,” said Conrad. “Rader has brought them together.”

This endeared the pooch to the entire family, who were overjoyed to see the boy take to him.

Read more about at The Philadelphia Inquirer by clicking here.