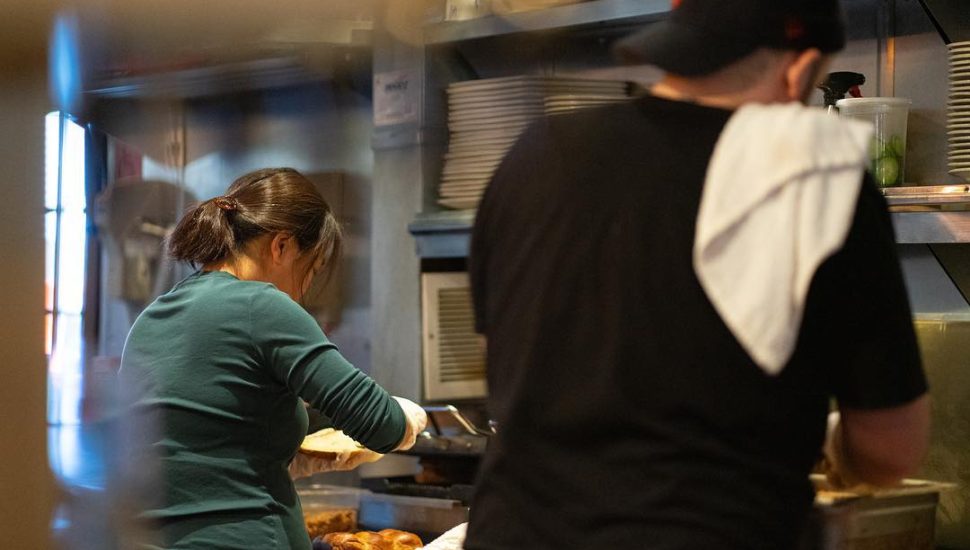 Food preparation at Tired Hands. The demand for emergency small business loans being offered by the state in the face of coronavirus-mandated shutdowns overloaded the application site. Image via Facebook.

After Governor Tom Wolf, state economic agencies, and the Small Business Administration announced they will start giving out loans for small-business owners due to coronavirus-caused shutdowns, the application site was flooded with so many visitors that it soon overloaded, writes Erin Arvedlund for The Philadelphia Inquirer.

Julie Foster, owner of Tired Hands Brewery in Ardmore, said that this made the situation even more frustrating. Foster is the owner of two microbrewery restaurants in Montgomery County, both of which were mandated to close.

When she tried to apply for a loan, the site was not opening.

“I can’t download the application,” said Foster. “In order to submit an application, you have to first identify as a ‘disaster’ area. The website is so overloaded it’s not loading at all.”

SBA spokeswoman Carol Wilkerson said that after the initial crash on Monday, the agency restored functionality on the website.

Now, “the wheels are starting to turn,” said Jason Johnson, owner of Gullifty’s in Bryn Mawr.

Johnson is now trying to keep all employees on the payroll after he decided to follow the governor’s order to close.

“We want to help stop the spread,” he said.

Read more about SBA emergency loans at The Philadelphia Inquirer by clicking here.

WSFS Bank: This Holiday Season, Approach Your Spending with an Eye on Saving