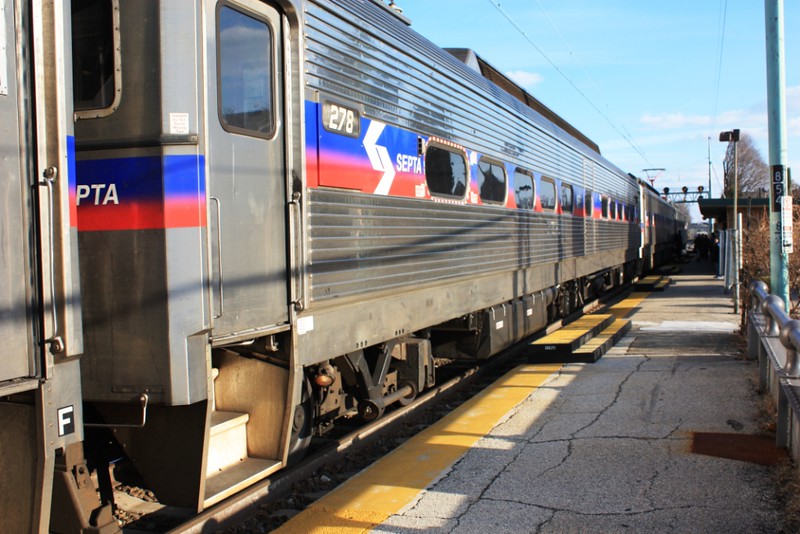 Starting on July 13, rail riders in the Philadelphia area will be able to use their SEPTA Key Travel Wallet on Regional Rail to pay for single trips. Image via Montgomery County Planning Commission.

Riders in both Philadelphia and the suburbs are still waiting for SEPTA to follow through on its announced frequency increase on Regional Rail lines, writes Sandy Smith for Philadelphia Magazine.

In 2014, SEPTA’s then-general manager, Jeff Knueppel, said the transportation authority is “moving in the direction of increasing frequency on Regional Rail lines in the near future.”

However, six years on, there has barely been any movement on this.

According to SEPTA spokesman Andrew Busch, so far mostly study and track work has been done. SEPTA has also performed some track work on the stretch used by the Airport, Wilmington, and Media/Elwyn lines that will improve their reliability.

The rest has not gone beyond discussion and hope, such as the debate on which lines should get more frequent off-peak services with Manayunk/Norristown and Paoli/Thorndale top of the list.

However, SEPTA’s priority remains to get more riders onto current runs.

“Our first priority will be to look at high-volume lines, like Paoli/Thorndale, Lansdale/Doylestown, and Media/Elwyn, and see what trips on those lines would benefit from more seating space,” he said. “From there, that does potentially free up equipment for use elsewhere.”