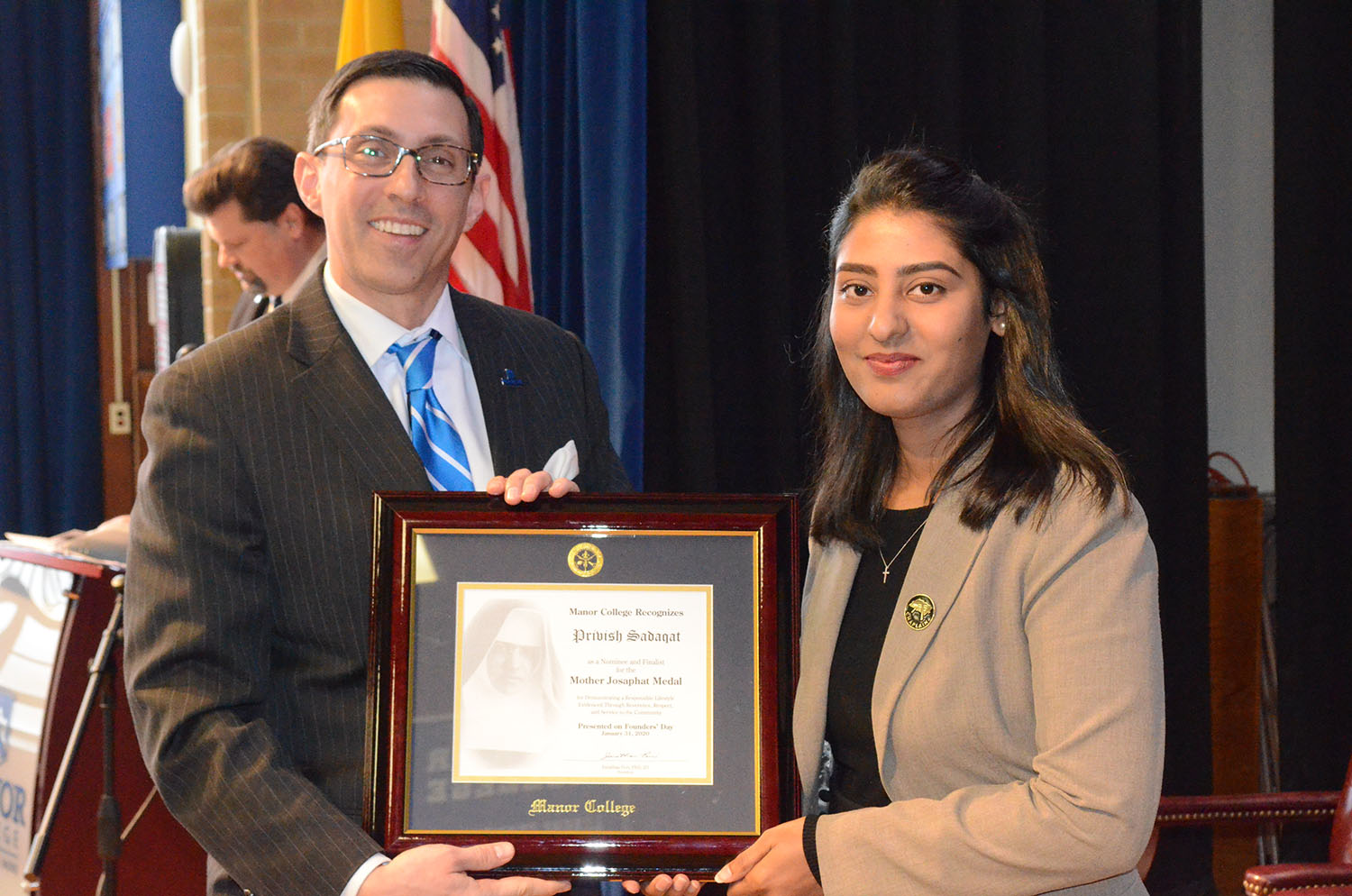 Privish Sadaqat, a student at Manor College, was recognized by the school with the prestigious Mother Josaphat Award on Founders’ Day, January 31.

The award is given out each year to a student who demonstrates the strength of character and generosity of spirit.

Sadaqat was born in Pakistan. She started her education with the Convent of Jesus and Mary School. Her father moved to the United States in 2015 and Sadaqat, her mother, and three siblings followed three years later.

According to Sadaqat, her life improved significantly at her new home.

“Living in Pakistan was definitely not comfortable, especially for women,” she said.

Today, Sadaqat is thriving as a pre-science major. She now plans to complete her biology degree and pursue a career as a doctor or physician’s assistant. She is also involved in many community service initiatives on campus and was recognized for her academic success in the Freshman Excellence Awards ceremony.

“Privish fully embodies what the Mother Josaphat Medal stands for,” said Allison Mootz, Vice President of Student Affairs. “She is involved in many campus groups and activities, such as Campus Ministry and Student Senate. She is always helping other students and shows great kindness towards others.”