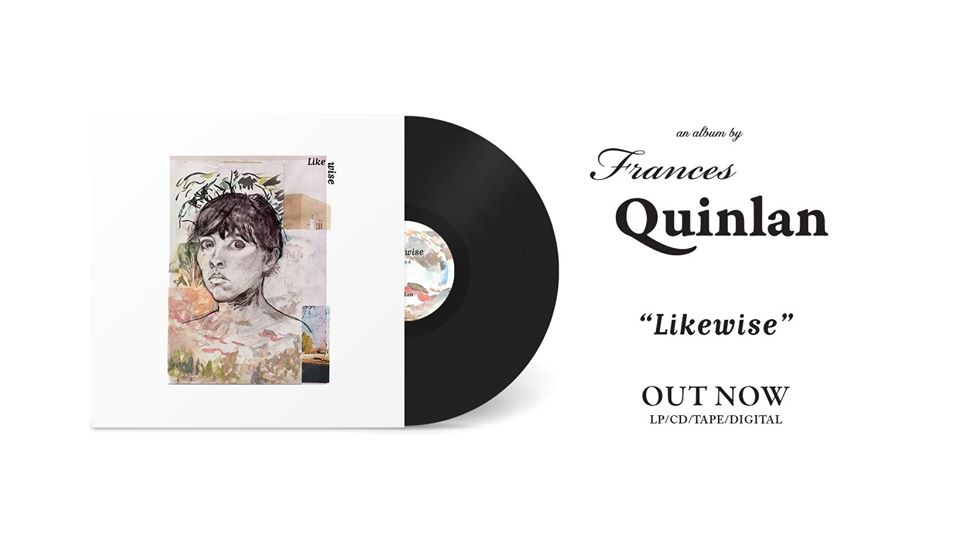 Quinlan, who grew up in Quakertown, opted for a more minimalist and experimental style for her solo endeavor which is quite different from the guitar-dominated rock her band is well known for.

Instead, she incorporates sonic textures and a flourish that allows her free-form lyrics and expressive voice to become more pronounced.

“I knew I didn’t want to strictly record myself playing a guitar,” she said. “The guitar for me has always been a vehicle for songwriting and I kind of vaguely knew that. It certainly works in Hop Along.  But for this album I knew that I would want other elements just because it was only me.”

The artist also got some help from her bandmates when making her solo album, including from guitarist Joe Reinhart who was her co-producer.

From March, Quinlan plans to start touring on her own, promoting her new album, and has already booked an appearance at SXSW in Austin, Texas. She is also working on new songs for Hop Along.

Read more about Frances Quinlan at Forbes by clicking here.