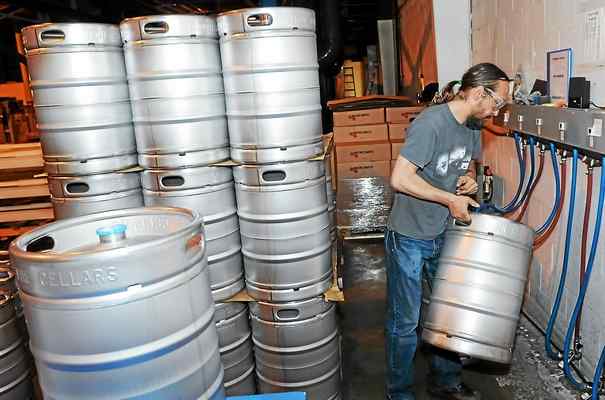 Pottstown-based American Keg, the only U.S. keg manufacturer that lobbied for protection of domestic manufacturing, has sold a majority stake to Germany’s Blefa. Image via Digital Media First.

Pottstown-based American Keg, the only U.S. keg manufacturer that lobbied for protection of domestic manufacturing from German, Chinese, and Mexican competitors through tariffs, has sold a majority ownership stake to Germany’s Blefa, writes Bob Fernandez for The Philadelphia Inquirer.

The terms of the deal were not disclosed. But according to American Keg chief executive Paul Czachor, Blefa has pledged to boost the capacity of the Pottstown plant and add local jobs with a multimillion-dollar investment.

“I don’t know how many jobs we will add,” said Czachor. “It will be numerous.”

At this time, American Keg has a little over 30 employees.

Blefa, which has a keg-servicing and distribution facility in Tennessee, does not manufacture kegs in the U.S.

However the company was convinced in part by Pennsylvania officials of the economic viability of the Pottstown plant, said Czachor. He also emphasized that the expected expansion does not include any local or state tax incentives.

“While I’m proud of establishing American Keg as the only manufacturer of kegs in the U.S., there is a lot we can learn from Blefa to make our production more efficient,” said American Keg owner Scott Bentley.

Read more about American Keg at The Philadelphia Inquirer by clicking here.