Norristown Man Who Set Out To Make 10,000 Friends Is Getting Close to Reaching Third of His Goal 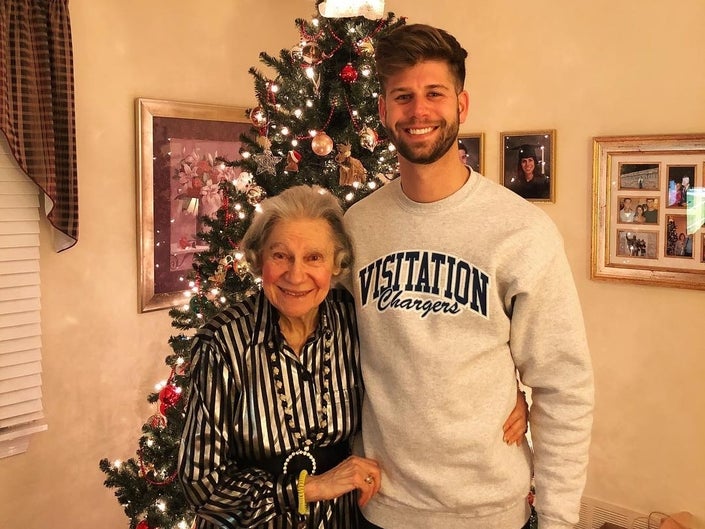 Rob Lawless is shown with Eva DiAddezzio, 98, in Bryn Mawr. She was person No. 1,489 of those he has met in his project. “What I miss most, honey, is reading," she said, referring to her poor eyesight. Image via Rob Lawless.

Rob Lawless, a Norristown native who set out to make 10,000 friends, is getting close to reaching a third of his goal, writes Caren Lissner for the Patch.

Over the last three years, Lawless has met 3,164 people across the United States, with each of his encounters lasting an hour. Once he reaches his final goal, he plans to teach college courses to adults on how to form connections.

One of his new friends is 98-year-old Eva DiAddezzio from Bryn Mawr, whose husband was a World War II veteran. She is the oldest person he has met so far in his journey.

He began his project in 2015, two years after graduating from Penn State.

“I started the project because I wanted to get back to the sense of community I felt as a student at Penn State and wanted to meet new people without any agenda,” he said.

Lawless has been aided on his mission by receiving enough media attention to help him secure free flights and guest rooms so he could continue to meet people nationwide.

Read more about Rob Lawless at the Patch by clicking here.

A New You In ’22: Start With a Desales University One Credit Workshop