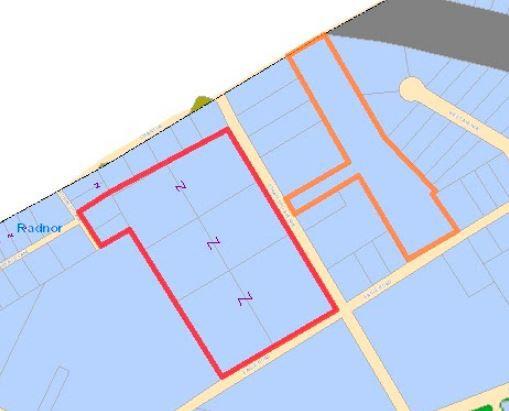 A map of the areas slated for development from Radnor Commissioner Jack Larkin's newsletter. Image via submitted photo to Main Line Media News.

Radnor Township Board of Commissioners President Jack Larkin reviewed two plans for the property  at Eagle and Strafford roads.

“The first is purportedly a by-right plan, and includes approximately 40 homes,” Larkin wrote in his newsletter.

Larkin felt that plan was unattractive because it meant cramming 40 single family homes on to the two lots.

He was more enthusiastic about a second plan putting 41 town homes on the western lot and nine single-family homes on the eastern lot.

Forty nearby neighbors also weighed in, stating they wanted to “mitigate any negative changes to the neighborhood and keep its current character.”

A meeting between residents and the proposed developer is planned Jan. 30.

Read more about plans for the Hamilton estate here.