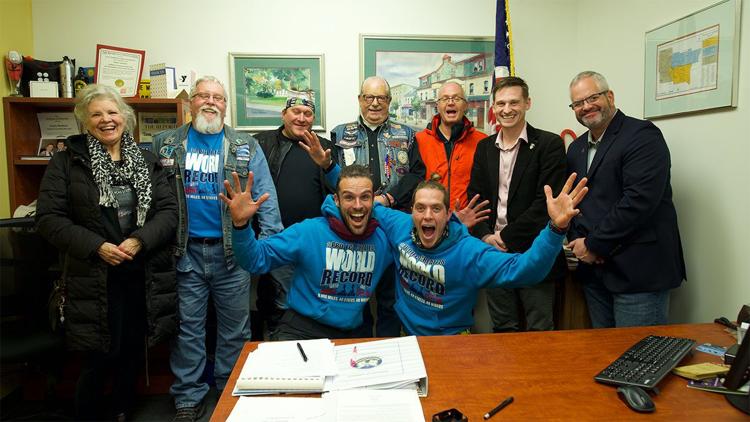 The pair celebrated earning a spot in the Guinness Book of World Records after spending more than three months on an over 9,000-mile cross-country adventure.

On November 19, they pulled their Honda Ruckus scooters into the Borough Hall parking lot thereby officially and successfully completing their world record-breaking attempt for the longest journey on a 50cc scooter.

The duo was welcomed back to town by Mayor Garry Herbert and Police Chief Michael Trail, who also served as the official witnesses that the two men had completed their 9,790-mile round-trip journey across America, known as “Project Create 48.”

Their decision to use scooters that max out at around 35mph was intentional.

“We recognize how our fast-paced lives cause us to focus on the destination rather than the journey, so we’re choosing to slow down,” they said before the journey. “Investing the time to immerse ourselves in our surroundings and avoiding any chance of getting a speeding ticket driving at 30mph.”

Read more about the record-breaking duo at The Reporter by clicking here.