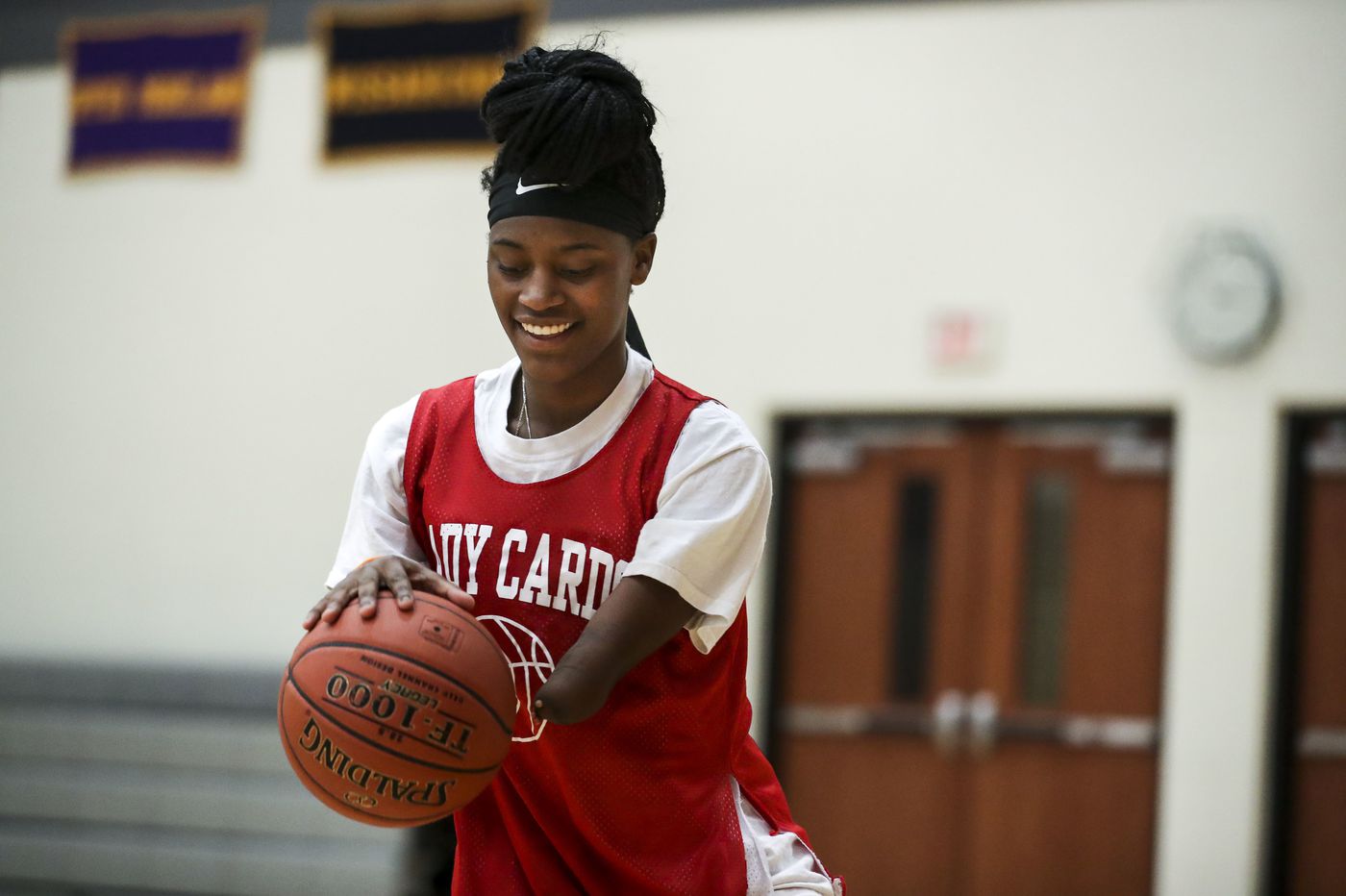 Despite missing her lower left arm, sixteen-year-old Berkley Harmon is busy playing two sports at Upper Dublin High School, both impressing and inspiring all around her, writes Mari A. Schaefer for The Philadelphia Inquirer.

Harmon was born with the missing lower limb, but never allowed that to prevent her from doing exactly what she wanted to.

While growing up, she tried two types of prosthetic arms, but she decided there was not much need for one.

“I can pretty much get by,” she said.

When it was time for her to sign up for a sport, soccer was her first choice.

She joined Montgomery United Soccer Club, and thanks to her skill she was chosen to play on her school’s varsity soccer team as a sophomore.

Once the soccer season was over, Harmon turned her attention to basketball. And it did not take long for her to impress Morgan Funsten, the Upper Dublin High School women’s basketball coach.

“It’s incredible what she’s able to do,” Funsten said. “She plays sports because she loves competing and loves being part of something that is bigger than herself.”

Read more about Berkley Harmon at The Philadelphia Inquirer by clicking here.