Kimberton-Raised News Anchor in Mississippi, an Inspiration to Many, Dies at 34 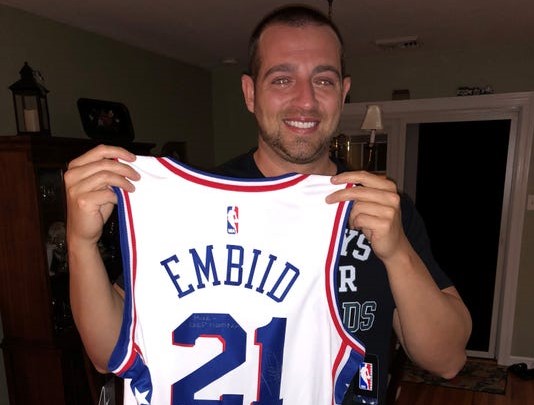 During his battle with cancer, Mike Sands received a signed jersey from 76ers star Joel Embiid

Kimberton native Mike Sands, a former Fox 40 anchor in Jackson, Miss., whose battle with cancer sparked a nationwide outpouring of support, has died at the age of 34, according to a report from The Jackson Clarion-Ledger.

Sands had a relatively rare and aggressive form of soft tissue cancer.

A graduate of Phoenixville High School and Temple University, where he studied journalism, Sands moved back to the area earlier this year to undergo immunotherapy at the University of Pennsylvania.

He was first diagnosed with cancer in 2012. After a brief remission, the cancer reappeared in 2016 and quickly progressed. By the start of 2019, he had exhausted all surgical options and was told in April that chemo was not working either.

Still, Sands would not give up … for himself or his child.

Throughout his fight, he also received countless messages with words of support from people all across the country.

“It’s been hard to wrap my mind around being called an inspiration so much,” he said.