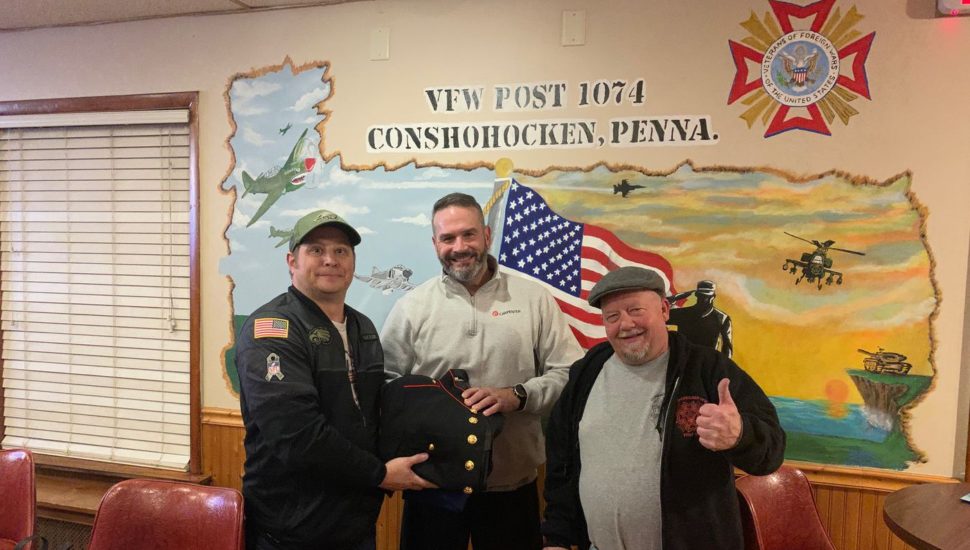 Richard Dunn of Conshohocken donated his uniform so that another Marine Corps veteran who was killed in a hit-and-run could be buried in it. Image via Philadelphia Inquirer.

Richard Dunn of Conshohocken donated his uniform so that Samuel Jackson of Norristown, another Marine Corps veteran who died in a hit-and-run, could be buried with honor in it, writes Stephanie Farr for the Philadelphia Inquirer.

“He said, ‘The uniform just hangs there. I’ll go buy another one for when my time comes,’” said the Conshohocken VFW Post 1074 commander, Walt Hartnett.

Jackson is a Vietnam War veteran who served in 1970 and 1971 and was honorably discharged as a corporal. He was killed on the Marine Corps’ 244th birthday.

After his death, his family spoke to Veterans Affairs Office about military honors for his funeral but said they did not know where his uniform was.

Hartnett posted on the VFW’s Facebook about needing a donation of a uniform “for this fallen comrade.”

The response was overwhelming, said Hartnett, with calls coming from as far as Mississippi. He finally accepted Dunn’s offer because it was one of the first and closest.

“I did it because a fallen Marine needed it,” Dunn said. “It’s just what we do.”

Read more about the veterans at the Philadelphia Business Journal by clicking here.