Where to Enjoy Dinner and a Movie in Montco 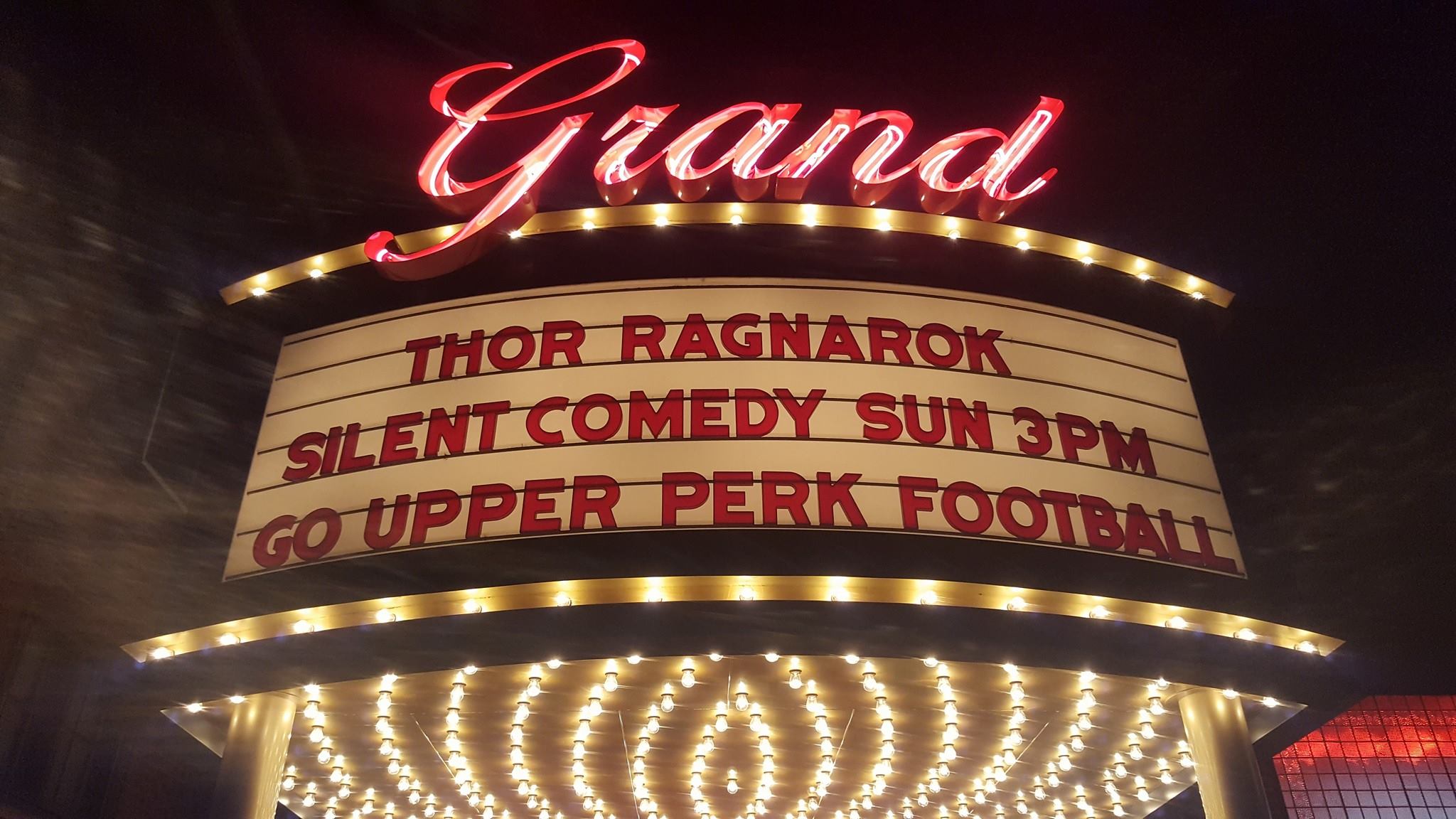 Whether you’re looking for the perfect date night or a family outing, treat yourself to dinner and a movie at one of Montgomery County’s historic movie theaters. These classic movie houses have been showcasing films since the early days of Hollywood and are surrounded by some of Montco’s favorite restaurants.

The Grand Theater is one of the most historic movie houses in Montgomery County. The fully-restored, 1924 theater features red velvet chairs, classic films, and current screenings, plus special silent movie events accompanied by the century-old theater organ.

Where to Eat:
Chiaro’s Pizza Restaurant

Two-time winner of the Montco’s Best Pizza Tournament, Chiaro’s has been serving Montgomery County for over 40 years. The Chiaro’s staff prides themselves on making everything from scratch, including their hand-tossed pizza dough, which is made fresh daily. As the Chiaro’s slogan says, it will be “love at first bite!”

A short drive from The Grand Theater, Tosco’s is a local family-owned and operated pizzeria and Italian restaurant located in Pennsburg. From delectable, gourmet pizza to mouth-watering Italian dishes, Tosco’s offers a variety of Italian sandwiches, cheesesteaks, salads, burgers, and desserts! 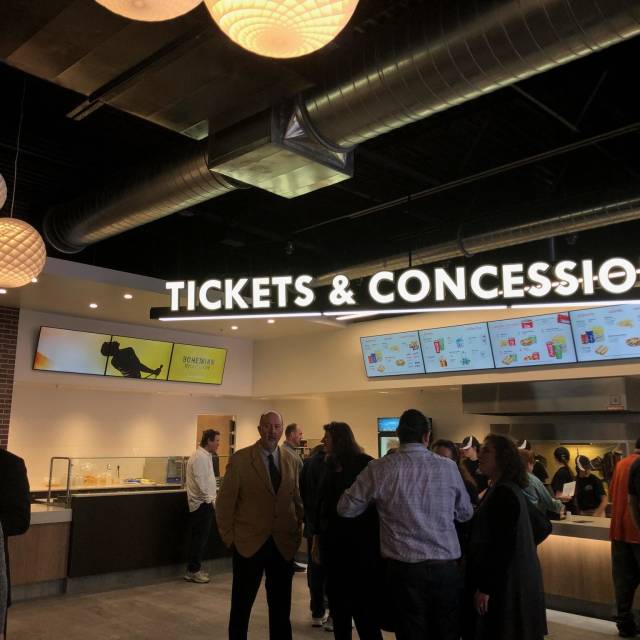 Now open in Huntingdon Valley, Penn Cinema is a family-owned and independently operated movie theater. With seven screens including IMAX and 3D capability screening and over 500 power reclining seats, this theater is an awesome addition to eastern Montgomery County.

Where to Eat:
Be Well Bakery and Café

Open seven days a week, stop into Be Well Bakery & Café for your pre-movie meal. Enjoy dinner specials from fajitas to salads to burritos. Finish off your meal with a delicious bakery treat like the Peanut Butter Tuxedo Cups.

Head over to The Iron Abbey Gastropub to indulge in a menu that combines classic European dishes and all-American comfort food. Pair selections from seafood to salad with one of over 40 craft beers or a drink from their extensive whiskey, spirits, and cocktail list.

Let Bertucci’s transport you to Italy for the night with their extensive menu of authentic Italian cuisine. Known for their brick oven pizzas, Bertucci’s secret is dough that is left to rest for 48 hours. From pizza to pasta with the freshest ingredients, you can’t go wrong! 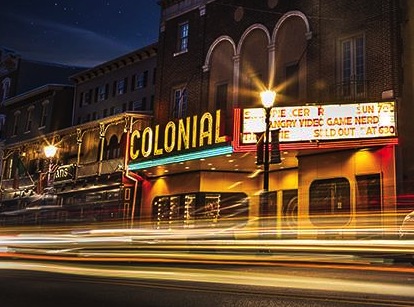 Phoenixville’s Colonial Theatre is not only one of the premier movie houses in the region, it is also a Hollywood legend, playing a supporting role as the theater in the Steve McQueen classic, “The Blob.” Today the theater shows a mix of art, independent, and classic films.

Located in the nearby town of Collegeville, Firebirds is known for their scratch kitchen, bold flavors, and inviting atmosphere. Whether you are craving a wood-fired steak or seafood, enjoy happy hour on the patio before your movie night begins.

Ready to serve families, sports fans, happy hour patrons, and those seeking nighttime entertainment, P. J’s has 30 extra-large TVs surrounding your dining experience. Stop in for great food and to catch up on things sports before the film! 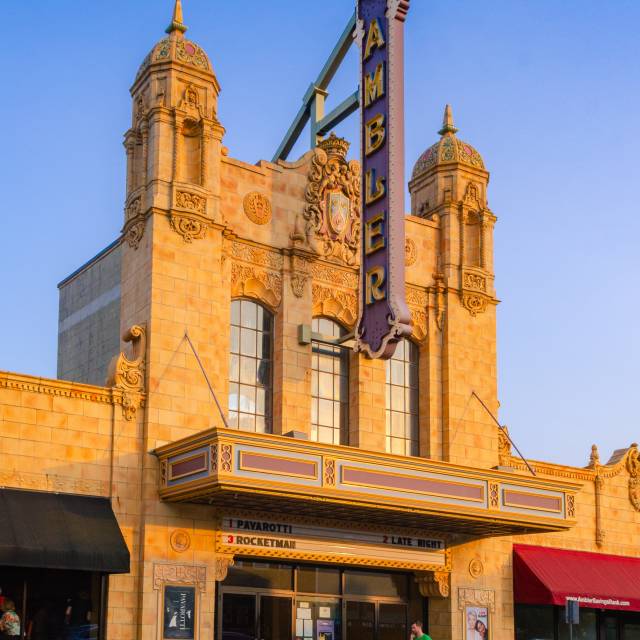 Nearly 100 years after it was built, the Ambler Theater is not only a local landmark, but a center for entertainment in downtown Ambler. In addition to a variety of independent and classic films, the movie house hosts screenings of live performances from the National Theatre.

Just down the road from Ambler Theater lies one of Ambler’s favorite restaurants. Whether you’re looking for an elegant meal in the upscale dining room or drinks and apps al fresco on the Patio, Dettera is a can’t miss dining location.

Also conveniently located on Butler Avenue, Gypsy Blu is the newest restaurant from the “Conshy Girls,” offering a relaxing atmosphere for a glass of wine with your steak, crab cake, brisket, or pasta.

Ambler is home to one of three locations for Saffron Indian Kitchen. Saffron serves up authentic Indian cuisine with traditional dishes like tikka masala, vindaloo, tandoor, and biryani. 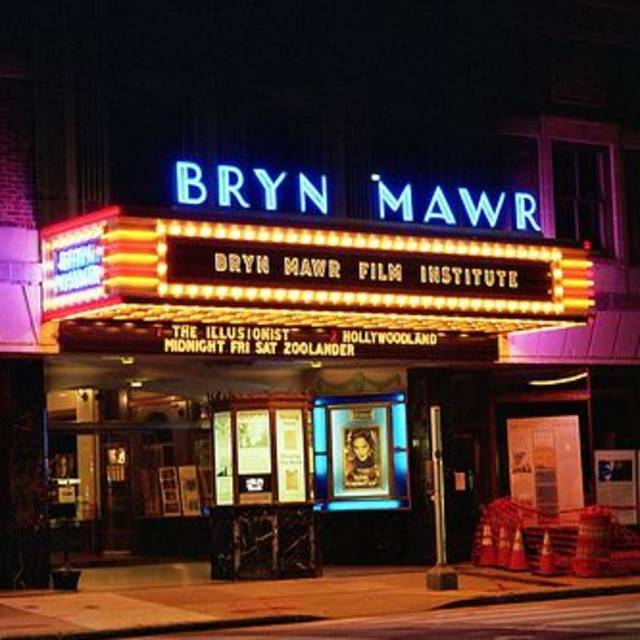 A treasure among Montgomery County’s theaters, the Bryn Mawr Film Institute is both a theater and an education center. This non-profit, community-supported movie theater shows independent films and hosts special events including appearances by noted directors and industry professionals.

Located in Narberth, this family-run BYOB is a Main Line hidden gem. From classics to dishes on the trendier side, Ryan Christopher’s serves American bistro fare including pasta, steaks, veal, and fresh seafood.  Choose to dine in the cozy dining room or on the outdoor patio.

The Bercy is a modern take on the classic French brasserie, featuring classically inspired cuisine. An extensive wine and cocktail list provide the perfect complement to any dining experience. 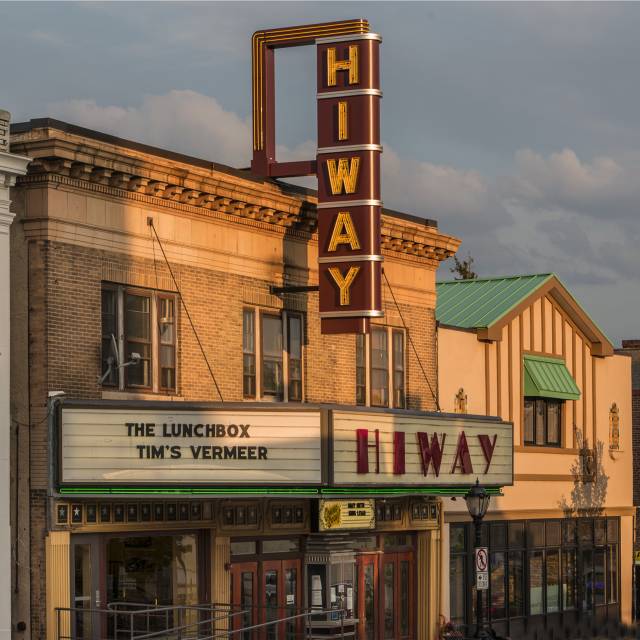 The Hiway Theater has been drawing movie-goers to Jenkintown since 1913. This single-screen cinema focuses on independent, art-house and foreign films. Catch a film in the same theater that was once visited by Hollywood star and Montgomery County native, Bradley Cooper.

Where to Eat:
Piazza on the Square

Just a three-minute walk from the Hiway Theater, Piazza on the Square offers a variety of dining options. Enjoy a meal while shopping at the unique stores in the heart of Jenkintown.

Bernie’s strives to re-create that Sunday Dinner atmosphere. From a casual dining experience around the fireplace, to the spectacular outdoor patio, come savor the chef’s daily specials.

In the center of Glenside, The Ways Restaurant & Brewery serves seasonal entrees, delicious tacos, and standards like burgers, wings, and hand-cut fries. Offering vegetarian fare and homemade desserts, The Ways has something to satisfy for everyone.