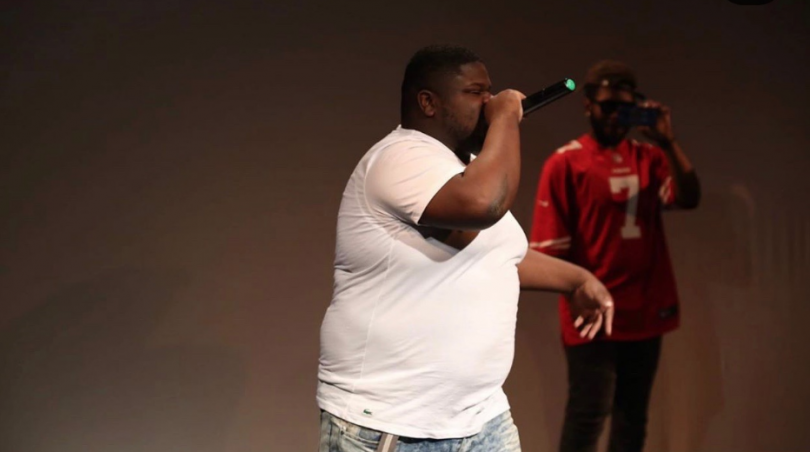 Image via Lee Holmes for the WCU Quad.

Norristown rapper Jay Trilla wants to join the ranks of artists who are known as being some of the biggest rappers of all time, writes Lee Holmes for the WCU Quad.

Jordan Jones, also known by his rap name Jay Trilla, is in the same category as rappers such as E-40, Fat Joe, and Scarface as well as the Trilla’s favorite, The Notorious B.I.G.

By staying true to himself, Jay Trilla plans to do everything in his power to follow his dream.

Trilla spends most of his time writing, performing, recording, and making YouTube videos. He hopes his hard work will lead to a break before he can save up for a move to Atlanta.

Atlanta is where the music business is beckoning young and upcoming artists, but for right now, he is doing what he can to use the resources Norristown offers to make a name for himself.

And it seems to be working. Business, he believes, is opening up.

“They got actors and sports legends coming out of this city, so what’s to stop me from becoming the next one to be famous?” he said.

Read more about Jay Trilla at the WCU Quad by clicking here.