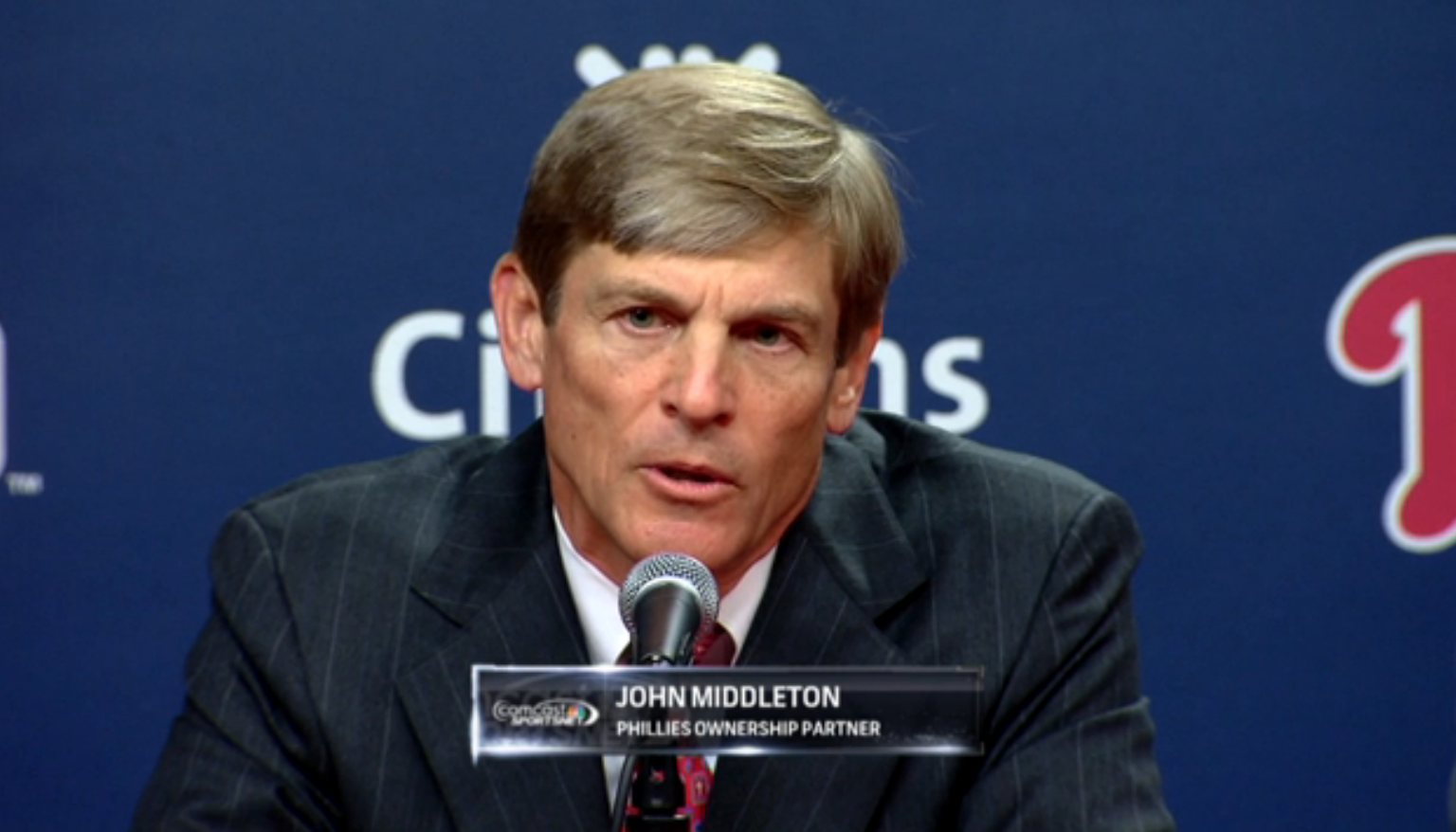 Bryn Mawr resident John Middleton, a 50-percent owner of the Philadelphia Phillies, is one of three Montgomery County residents listed among the top 400 wealthiest Americans, according to the recently published The Forbes 400 list.

Three Montgomery County residents are among the top 400 wealthiest Americans, according to the recently published The Forbes 400 list.

Bryn Mawr’s Michael Rubin and John Middleton and Wynnewood’s Jeffrey Lurie, owner of the Philadelphia Eagles, all made the list with a combined net worth of $8.9 billion.

Middleton is highest at No.261 with $3.3 billion in net worth. The 64-year-old made his fortune by selling his family’s tobacco business to Altria for $2.9 billion twelve years ago. He also owns a nearly 50 percent stake in the Philadelphia Phillies.

Next on the list is Rubin at No. 296 with a net worth of $2.9 billion. Rubin, 47, is the majority owner and CEO of Kynetic, the holding company for several e-commerce retailers that include Fanatics, Rue La La, and ShopRunner. He sold his first business, GSI Commerce, to eBay for $2.4 billion eight years ago.

Finally, the 68-year-old Lurie is at No. 319 with a net worth of $2.7 billion. Lurie is a former professor of social policy and the owner of the Philadelphia Eagles. He took out a loan 25 years ago to buy the NFL team for $185 million. Today, the team is worth $3.1 billion.

Read more about the wealthiest Americans on The Forbes 400 by clicking here.