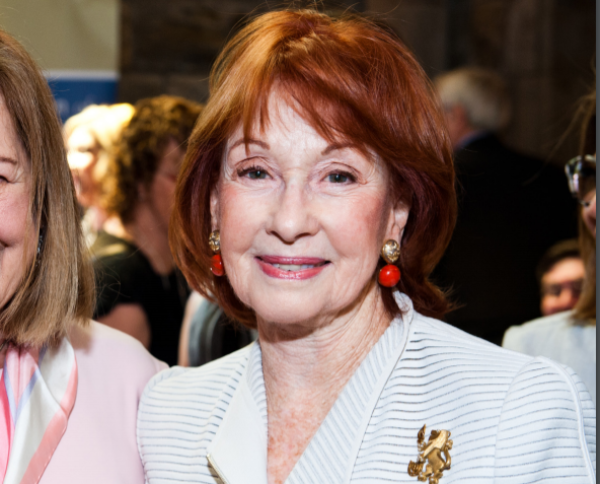 (Sally Cooper Bleznak, founder of Women of Vision, pictured above). Women of Vision will celebrate its 25th anniversary with a dinner and address from National Council of Jewish Women CEO Sheila Katz. (Image courtesy of jewishphilly.org).

Women of Vision will celebrate its 25th anniversary on Sept. 24 with a dinner and address from National Council of Jewish Women CEO Sheila Katz at the Rittenhouse Hotel, writes Jesse Bernstein for the Jewish Exponent.

Sally Cooper Bleznak, a Bryn Mawr native, is the founder of Women of Vision. She knows the dedicated women in the group make it unique.

“Whether it is funding a project that deals with bullying and relationship aggression or career advice or financial and legal coaching for seniors, our members see themselves as being on the front lines of current issues,” Bleznak said. “They are out there evaluating grants that will create social change.”

Since its founding, nearly 600 women have joined the ranks of Women of Vision. Iris Leon, manager of Women of Vision, describes the democratic control of the money as the “real value add of [the] group.” Anyone who has made a donation since the founding, gets a vote to determine where the funds end up. The funds are typically intended for women and girls, Leon said, with the bulk of the grants going toward Jewish women and girls in the Philadelphia area.

“The process around it, and what it does for members, is pretty powerful,” she said. Besides teaching their members how to be more effective, conscientious philanthropists, she said, it also just gives them more of a sense of ownership of the group.

There is “no social or financial hierarchy,” said Bleznak, noting that each woman, no matter what she’s given, has the same voting power. “This is one of our greatest strengths.”

To read the complete article in the Jewish Exponent click here.

Integrate For Good Shares Ways to Give on Giving Tuesday