Home Archive This spider was discovered in Delco, now, it just wants to be left alone

This spider was discovered in Delco, now, it just wants to be left alone 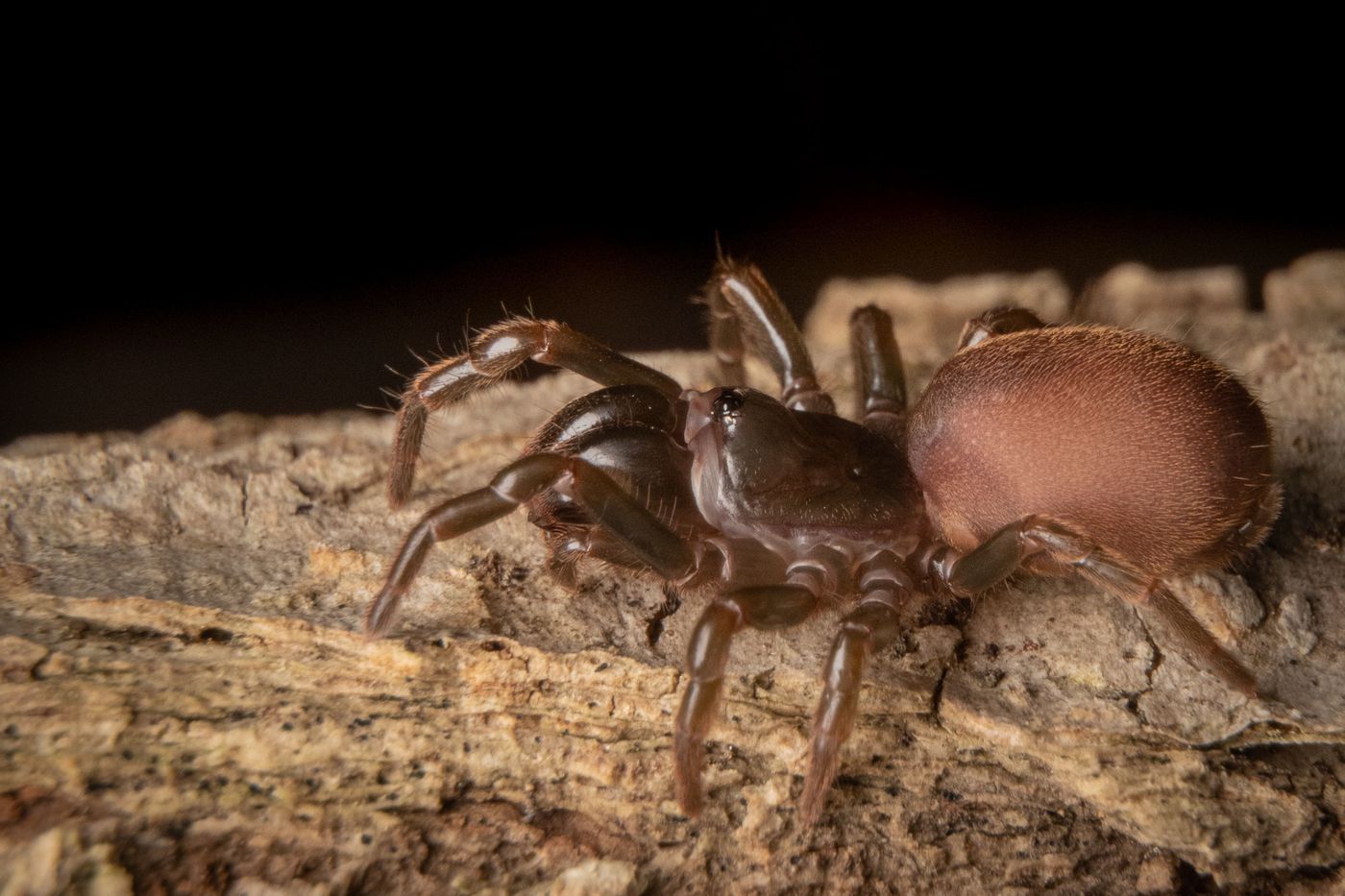 A small team of volunteers is studying a spider unique to Delaware County and parts of nearby Philadelphia: the Pennsylvania purseweb spider, or Atypus snetsingeri, writes Sebastian Echeverri for The Philadelphia Inquirer.

The spiders are built like inch-long tarantulas painted in earth tones.

“They are very secretive. … They live their entire lives in their tube,” said Steve Tessler, a volunteer naturalist at Tyler Arboretum in Media. He is also the world’s leading expert on the Pennsylvania purseweb spider.

For countless years, it lived quietly and unobtrusively. Then, in 1969, a resident of Landsdowne Avenue, in what is now Upper Darby, found a strange creature in the backyard. Three years later, Patricia Sarno, then working on a master’s degree in biology at Penn State, published a paper describing the new species.

Tessler found a population of the spider at Naylors Run Park, down the hill from his former high school. Tessler collected several spiders and described their habitat, sending his findings to famous arachnologist Norman Platnick, who wrote a 1980 paper about Atypus purseweb spiders.

The Pennsylvanian purseweb still is the only known species of Atypus spiders in all of the Americas.

Read more about the spiders in The Philadelphia Inquirer here.