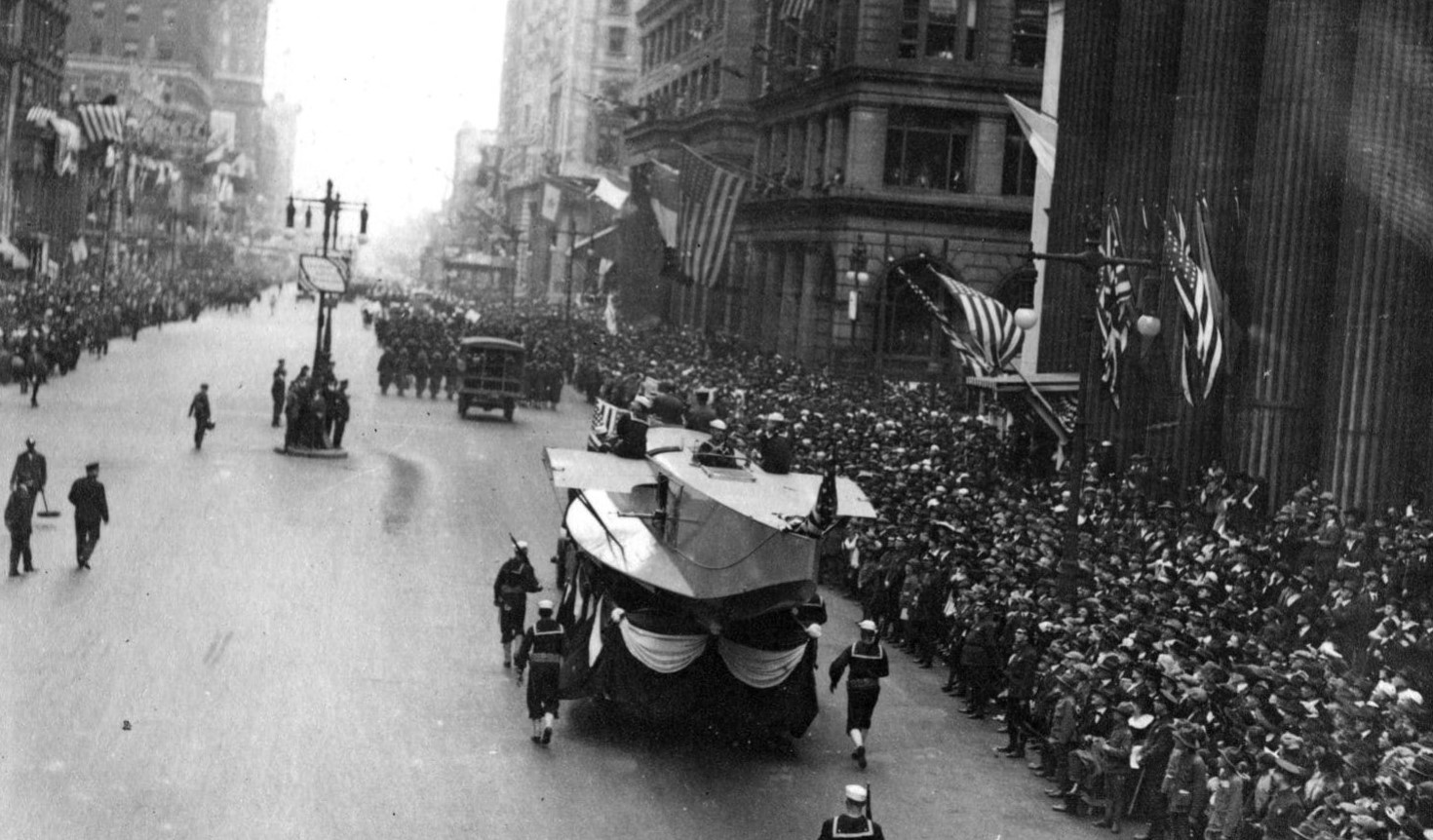 Image via the U.S. Naval History and Heritage Command.

The sky is falling. What is wrong with this world? I wish I could turn back the clocks and live back when things were better.

Or everyone’s grandfather’s favorite line, ‘the county is going to hell in a handbasket!’

You’ve undoubtedly heard these phrases – or some variation of them – from people who think the world’s collective “glass” is half-empty and getting emptier.

I tend to believe, and is one of the key principles behind MONTCO Today, is that said glass is not only half-full, but that it’s never been fuller and is getting fuller by the day.

What has prompted me to share these thoughts is a story that ran over the weekend in The Washington Post reflecting on the historic losses that were attributed to a parade in Philadelphia that occurred just 101 years ago this week.

On Sept. 28, 1918, the streets of Philadelphia were packed with people who gathered to watch the Liberty Loan Parade, which was being held to promote government bonds that would help pay for the Allied cause in World War I.

Within weeks, almost 13,000 people across the city were dead.

Think about that: Almost 13,000 people died right here in our backyard as a result of a public gathering in the 20th century! Health officials blamed the Liberty Loan Parade for spreading influenza in the city.

This Saturday, on the 101st anniversary of the parade, a different parade will hit the streets of Philadelphia to honor the victims of the epidemic. At the end of the route, there will be a free event featuring public health information, including free flu shots.

Such vaccinations weren’t available in 1918, when 50 million people across the globe died from the flu.

Simply put, our sky is not falling – even though most media outlets are generating headlines, updates, and news flashes that want you to think otherwise – and things weren’t better in the past.

People today live longer, are wealthier, healthier and better educated and have more creature comforts and amenities than any previous generation ever to live on the earth.

Not only are we damn lucky to be alive in 2019, but there isn’t one of us who would go back and trade places with our grandparents.