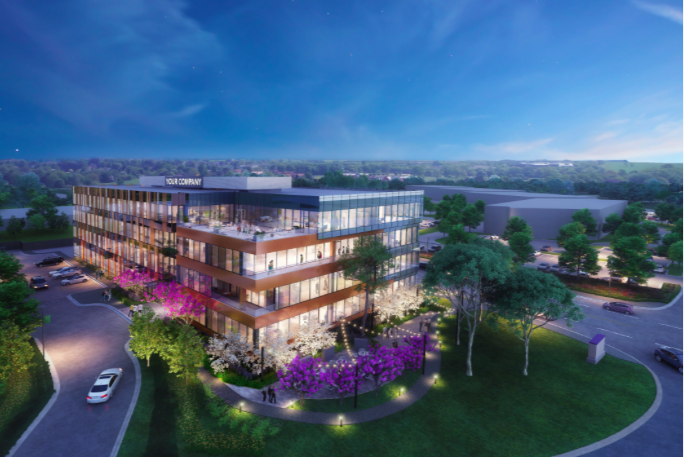 Brandywine Realty Trust has joined forces with Coscia Moos Architecture on the development of an office building surrounded by a public park in King of Prussia.

Brandywine Realty Trust has teamed up with Coscia Moos Architecture on the development of an office building surrounded by a public park and trail in King of Prussia, writes Michael Tanenbaum for the Philly Voice.

Work has already begun at 650 Park Avenue with the demolition of the existing structure on the property. The development of a four-story, 100,000 square-foot workplace is expected to take around 16 months.

Among the planned features are open-air amenity spaces, communal work environments, and a terrace for classes, lunch meetings, and evening gatherings.

Office space on the second and third floors will offer open floors and customizable layouts that can be tailored to single or multiple tenants.

“King of Prussia is among the most successful regional economic hubs in the nation,” said Jerry Sweeney, President and CEO of Brandywine Realty Trust, adding that “650 Park Avenue boasts a premier location in the heart of King of Prussia.”

As part of the project, the developers also partnered with Upper Merion Township and King of Prussia District to introduce the 2.6-mile First Avenue Linear Park and trail.

Read more about the planned development at the Philly Voice by clicking here.