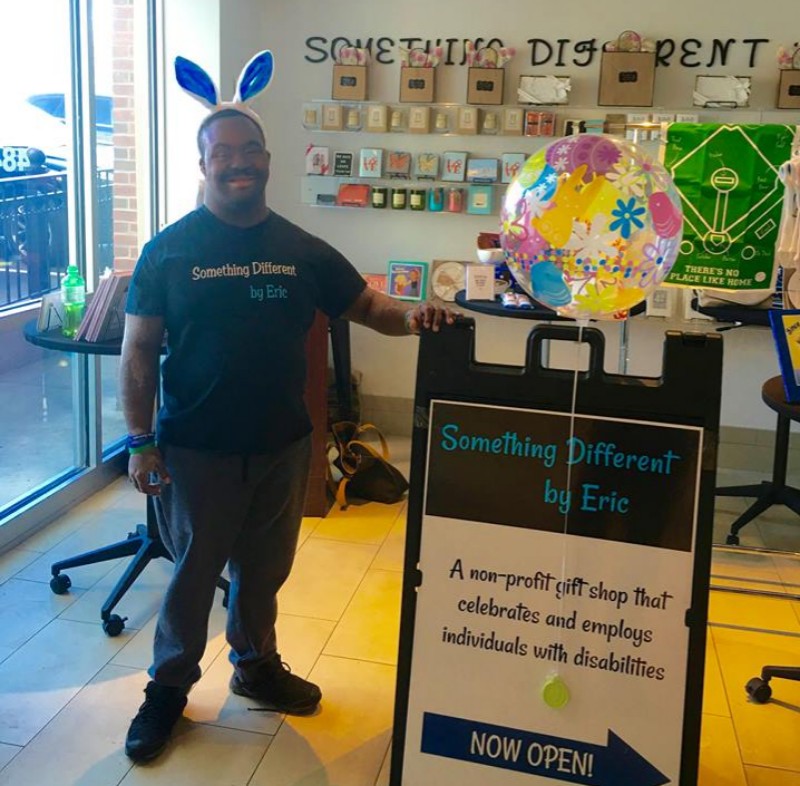 Bernadette Wheeler and her son Eric opened a retail store named Something Different by Eric, creating jobs for children with special needs. (Image courtesy of somethingdifferentbyeric.com/Facebook).

Bernadette Wheeler doesn’t shy away from commitment. She faces it head-on. Full-throttle. The only way she knows.

Wheeler has an impetus for doing exactly that. Her oldest child, Eric, has Down Syndrome. Eric, 27, has abilities in the moderate range, which, Wheeler said, means he has self-care skills and can use language to communicate on a rudimentary level.

The last thing Wheeler, a busy gynecologist working at a large medical center, needed was another time commitment, let alone the kind of commitment involved in establishing and maintaining a full-scale retail gift shop in Bryn Mawr.

But Eric came first. Always has and always will.

“We decided the solution was to start a retail store, which we ultimately named ‘Something Different by Eric,’ ” Wheeler said. “Because what’s great about retail is that there’s a lot of flexibility. There are a lot of different jobs within retail, and there’s the opportunity for employees to work varied schedules. These factors make it easier for someone with special needs to find a regimen that fits them.”

The store features unique gifts of all kinds.

Star Wars backpacks? Got it.

Pillows, mugs? Got them, too.

You name it, it’s probably there. One-stop shopping is taken to the next level. All for Eric.

The store is located at 814 West Lancaster Avenue in Bryn Mawr.

What makes it extra-special is that many of the vendors either hire individuals with disabilities or give a small percentage of their profits to organizations such as the March of Dimes. It also connects with local artists whom are committed to the disabled community and exhibits their artwork.

Neither Wheeler, nor her husband, also a physician, had ever tried anything entrepreneurial before. But, she added, they’re both Shark Tank fanatics. And, sitting on the couch watching the show, it came to them that a retail shop would be the classic entrepreneurial solution for their challenge at hand.

“Immigrants come to, say, New York, all the time; they have a language barrier, and they worry, ‘how will I get a job?’ So what do they do? They create that job.  It starts out as a little vendor stand, for example, something that can thrive with the skill set they have. We’re doing the same, matching the skill set Eric has.”

Something Different by Eric is a 501c3 nonprofit corporation and is registered with the Internal Revenue Service.

To read the full story got to: https://www.forbes.com