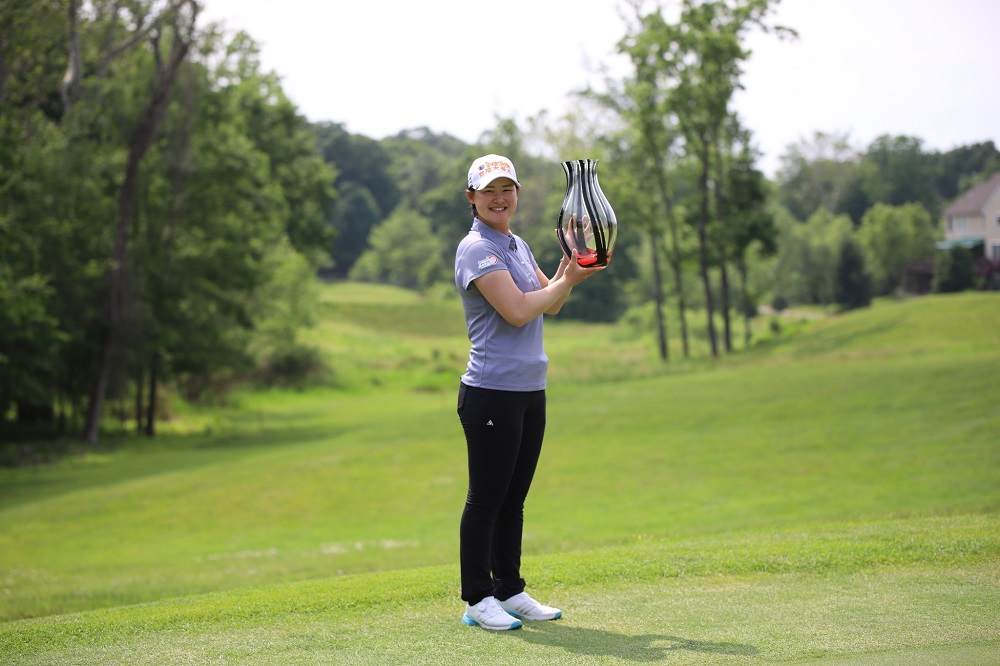 The Valley Forge Invitational, a Symetra Tour event, was held for the second year in a row at Raven's Claw Golf Club in Limerick Township. (Image courtesy VFTCB)

It took 55 holes, but Min Lee (Taoyuan City, Chinese Taipei) came through with a par on No. 18 in the first extra frame of a sudden-death playoff to win the second annual Valley Forge Invitational this afternoon at Raven’s Claw Golf Club. The victory is Lee’s second on the Symetra Tour, as she captured the Garden City Charity Classic title back in 2014.

“Every win means something and it feels like it has been awhile since last time I won in the United States,” said Lee, who fired a 5-under par 66 in the final round to conclude the tournament at 15-under overall. “After I finished, I got a lot of texts from my friends and family supporting me. Especially watching Facebook, people keep posting and cheering for me. It was amazing to have that.”

Furthermore, the performance comes as an early birthday gift to herself. Even though Lee doesn’t turn 24 on American soil until tomorrow, the clock struck midnight back in her hometown as she hit her second shot into the par-5 10th. The rest may have well been written in the stars.

“I had low expectations, came here wanting to have a good week and play good golf,” Lee said. “Luckily, I had a good start on Friday with a 7-under and that gave me a lot of confidence. This week has been great and tells me I am moving in the right direction, so I’m going to go with it.”

Coming out on the wrong side of the sudden-death playoff didn’t sit well with Esther Lee (Los Alamitos, California), but the showing of solo second in Pottstown, Pa. marks a career-best for the University of Colorado alumna in her second season on the Symetra Tour.

Lee carded only two bogeys over three rounds and executed her gameplan as she hoped. Even with the strong play, all it took was finding the greenside bunker on the first playoff hole to erase what could have been following a 6-under par 65 for the final round.

“I had a really solid week, it’s a little hard to swallow playing so well today and then make the mistakes I didn’t make during the week on the playoff hole,” Lee said. “I pulled it and hooked it. They had been my misses all week and finally got to me a little bit. Overall, it was a good learning experience.”