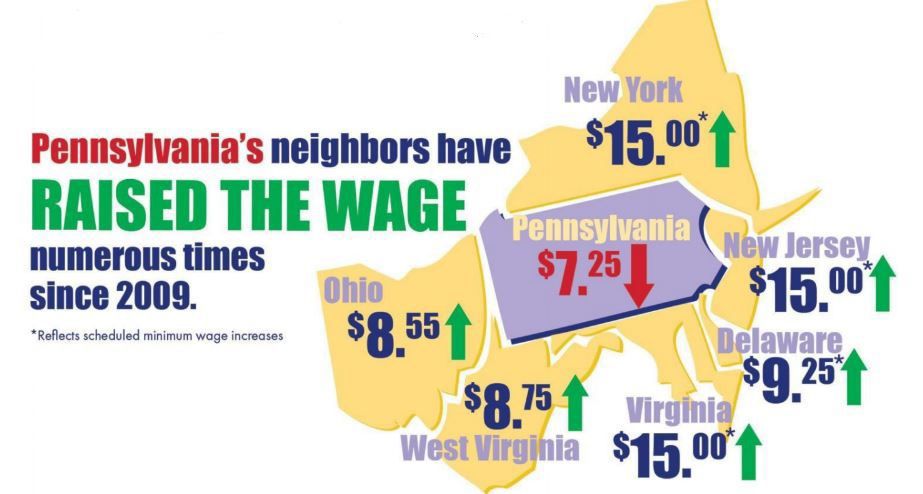 Increasing the state’s minimum wage from $7.25 to $15 per hour will be a top priority for Gov. Tom Wolf in budget negotiations this year, according to a report in the Delaware County News Network.

Wolf and state House and Senate Democrats want to increase the state minimum to $12 an hour beginning July 1, with gradual $0.50 increases topping off at $15 an hour by 2025.

State legislators are required by law to pass a balanced state budget by the end of June each year.

Proponents argue the increase would pull many Pennsylvanians above the poverty line, making Pennsylvania more competitive with surrounding states.

Others worry the move could hurt nonprofits.

State Rep. Leanne Krueger minority secretary for the House Labor and Industry Committee and an Appropriations Committee member, said it is “way past time” to increase the minimum wage.

“Someone in Pennsylvania who’s working full-time and just earning the minimum wage, their wage is $15,080 a year, which is below the federal poverty threshold,” she said.

State Sen. Tom Killion agrees $7.25 is not a livable wage but cautioned lawmakers to be cognizant of nonprofits and human services organizations when setting a new minimum.