BB&T and SunTrust expect to complete merger by year end 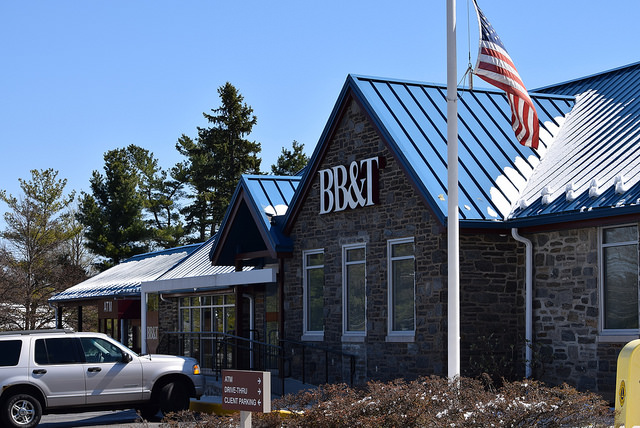 The “merger of equals” will create the sixth largest U.S. bank holding company and will serve more than 10 million households in the U.S.

When BB&T Corp. and SunTrust Banks Inc. complete their merger later this year, the new company will take the name Trust Financial Corp. and the combined bank will be named Truist Bank.


The companies announced the new name last week, saying it reflects “rich heritage of both companies and a shared belief in building a better future.”
The “merger of equals,” originally announced in February, will create the sixth largest U.S. bank holding company and will serve more than 10 million households in the U.S.

“With the merger of equals, our goal is to create a bold, transformative organization that delivers a smarter and easier client experience through technology and human connection,” BB&T chairman and CEO Kelly S. King, said in a press release. King will serve as the chairman and CEO of the combined company. “True to the heritage of both companies, Truist will reflect what we stand for — a shared belief in building a better future for our clients and communities.”


The merger is expected to close in the third or fourth quarter of 2019, subject to receipt of regulatory approvals and approval by the shareholders of each company. The new names will be effective upon completion of the merger. However, clients will continue to be served post-closing under the BB&T and SunTrust brands during a period of transition.
“Truist is a brand name representative of two mission- and purpose-driven companies coming together to serve our clients as a true financial partner,” SunTrust Chief Executive Officer Bill Rogers, said in the release. Rogers will be president and CEO of the combined company until he succeeds King as CEO in September 2021. “As part of our relentless pursuit to create a better experience, we’re making a commitment to always look forward, pursue what’s next and strive to do more to further financial well-being for everyone.”
The definitive agreement to combine was approved by the boards of directors of both companies in February, in an all-stock merger of equals valued at approximately $66 billion.
The new company will have approximately $442 billion in assets, $301 billion in loans, and $324 billion in deposits, with leading market share in many of the country’s high-growth markets, according to a press release.
In addition to the new name and brand, the combined company’s board of directors and executive management team will be evenly split between the two institutions. A new corporate headquarters will be established in Charlotte, N.C.
Among the strategic and financial benefits of the proposed merger, according to the company, are: cultural alignment; increased profitability and scale to drive new innovations; revenue growth through complementary businesses and cost synergies.
For more information about the combined companies visit https://thepremierfinancialinstitution.com.
Based in Winston-Salem, N.C., BB&T operates more than 1,800 financial centers in 15 states (including Pennsylvania) and Washington, D.C.
BB&T expanded its footprint in the Greater Philadelphia region in 2015 and 2016, with the acquisitions of Susquehanna Bank in August 2015 for $2.5 billion and National Penn Bancshares in April 2016 for $1.8 billion. For more information about BB&T visit www.bbt.com.