Ollie's is ignoring the Internet, and dominating anyway 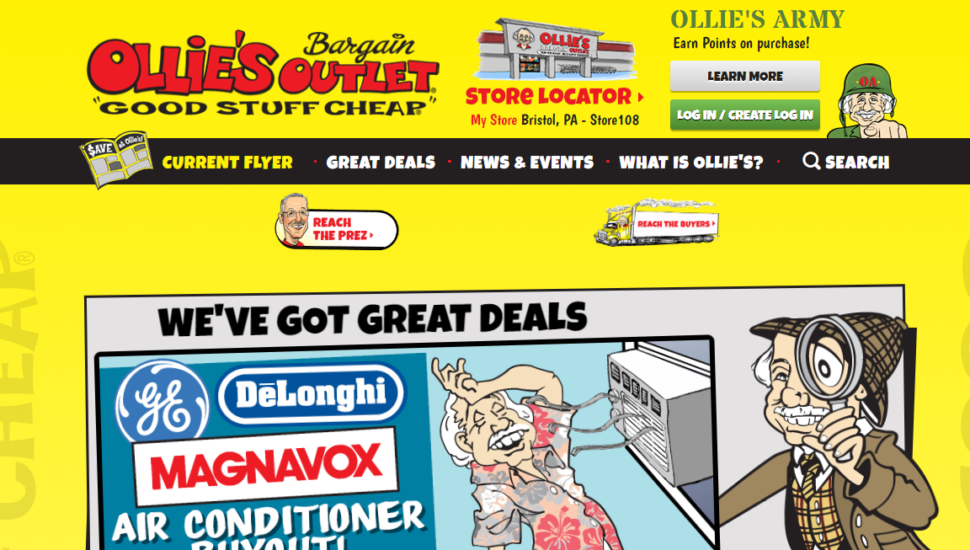 Ollie’s is quite possibly one of the last remaining companies in America whose brick and mortar stores are not just surviving, but thriving, writes Abram Brown of Forbes.com.

Ollie’s Bargain Outlet is a popular discount chain that carries a wide variety of food, housewares, and toys. There are three Ollie’s locations in Montco, one in Eagleville, one in Horsham and another in Pottstown. The first store was opened in Mechanicsburg, Pennsylvania, just outside Harrisburg in 1982. As of 2019 Ollie’s has 322 stores nation-wide.

Ollie’s Bargain Outlet defies convention in retail, selling 100 percent of their merchandise through the doors of their brick and mortar stores, selling not a single item online. Mark Butler, CEO and co-founder of Ollie’s, likes it that way, focusing entirely on traditional retailing.

Despite his nontraditional approach, In the last five years, Butler has seen Ollie’s sales double over the last four years, moving over $1 billion dollars in discount goods every year. Over the last five years,  stock prices soared from around $20 a to nearly $100 a share. The rest of the world must be desperately trying to find Butler’s secret to success, as nearly all major retailers have been swarming to the internet to increase sales. Consumers now do roughly 10 percent of their shopping on the internet, a 6 percent increase from just last decade. The fourth quarter of 2018 alone saw a 12 percent increase in online shopping from the previous year.

While the rest of the country moves away from brick and mortar sales, Ollie’s is stubbornly staying fiercely loyal to maintaining and growing their company in a traditional retail environment. The strategy is paying off. Ollie’s is opening new locations, not tearing them down, and its stock is flying high. Shares in Ollie’s has quintupled since its IPO in 2015. Not only do those numbers best the rest of the retail sector, the stock is performing better than online retail giant Amazon! Ollie’s shares are trading at 34 times earnings.

It seems Ollie’s is only growing bigger as more people catch on to the great retail experience. Ollie’s says its prices are “up to 70 percent off” what customers can pay elsewhere. Or, as Butler puts it, an “extreme value.”

Retail“Giant” Expected to be Buyer for Center City Property Being Sold by Willow Grove Mall OwnerNovember 20, 2020