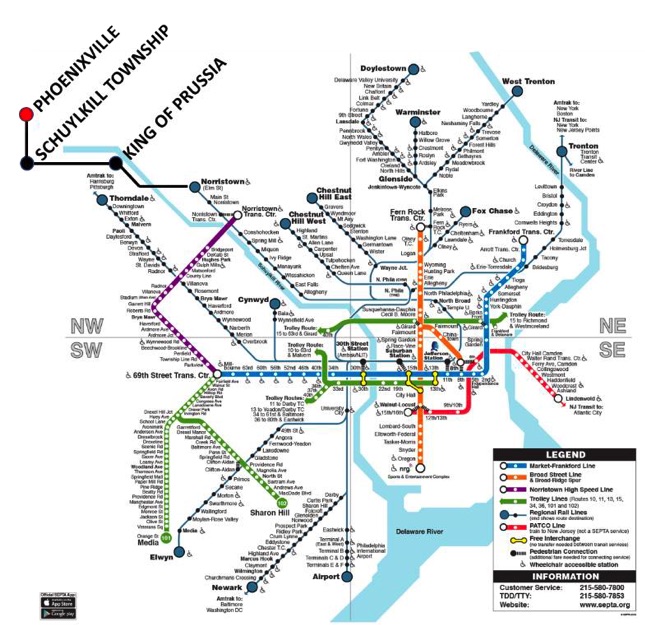 On March 12, Phoenixville Borough Council approved by a 7-0 vote the appointment of an individual to be part of a multijurisdictional review committee to arrange for the financing of the train project. The following day, March 13, the Phoenixville School District agreed to provide a person to serve on the committee. On April 3, Schuylkill Township approved a measure to appoint a representative to the committee.

Representatives of the Mayor’s Task Force are in contact with Upper Merion Township but no meeting has been set at this time. The group seeks to make a public presentation to all of the entities involved and will be meeting on April 24th with the Chester County Commissioners to seek a representative for the county.

Each of the affected municipalities and the school district are being asked to designate a representative to join the existing Mayor’s Task Force Review Committee to discuss the project plan and the value capture financing.

The Review Committee will meet to discuss:

The presentations to all three groups was made by Phoenixville developer Manny DeMutis, who reviewed the potential for the project to increase property values for the homeowners.

“We have reviewed the studies concerning the level of appreciation in housing values and feel that the main beneficiary of this project will be the existing homeowner who will see their home values increase without the potential for increased taxes,” he said.

He stated that he did not expect the values to quadruple like they did with the commercial buildings during the downtown revitalization, but he pointed out that Phoenixville and the other municipalities would be able to reposition themselves for future growth in the economy by enacting the project. The expected increases in property values will encompass a three-mile radius from the station area with the greatest appreciation taking place over a ¾-mile area from the station.

The project as currently configured is roughly $100 million and would encompass the Phoenixville/Schuylkill Township/King of Prussia corridor. There are three stations planned but it is not necessary for all of those communities to become involved.

“We are reaching out to the other communities to be part of a unique regional rail project that the locals control their own destiny,” he said.