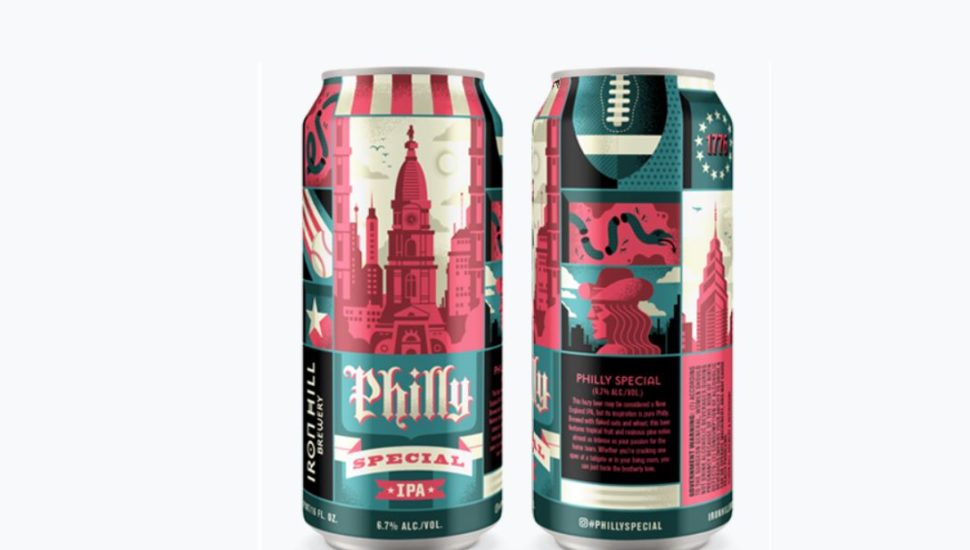 Philly Special, which was aptly named for the special play that football fans across the Philadelphia region will never forget, was brewed by the team at Iron Hill Phoenixville in February 2018.

For the first time in its short tenure on the taps, Iron Hill Brewery and Restaurant announces the first can release of Philly Special, which premiered in February 2018 at their Phoenixville location. Philly Special cans will be unleashed in 16 oz. 4 packs on starting on April 18, 2019 at all 16 Iron Hill Restaurant & Brewery locations throughout Pennsylvania, Delaware, New Jersey and South Carolina, for $17.25.

Philly Special, which was aptly named for the special play that football fans across the Philadelphia region will never forget, was brewed by the team at Iron Hill Phoenixville in February 2018. Following its initial success, Philly Special quickly became one of Iron Hill’s most popular draft beers and found its way to surrounding Iron Hill taps in Ardmore, Chestnut Hill and Huntingdon Valley. When Iron Hill opened their 15th location in Philadelphia, it was a no-brainer to include Philly Special as one of the location’s opening beers.

Philly Special is brewed with flaked oats and wheat and the 6.7 percent ABV IPA has intense flavors and aromas of tropical fruit and resinous pine dominate.

“We were thrilled to create a beer to commemorate such a monumental time, not only in Philadelphia, but the surrounding suburbs.” says Mark Edelson, Director of Brewery Operations. “Philly Special has exceeded all expectations is one of the most requested beers at all our locations. It’s a light and hazy year-round beer, and we’re thrilled that we’re able to provide guests the opportunity to enjoy the beer on the go.”

In addition to releasing this popular beer, Iron Hill Brewery & Restaurant in Center City Philadelphia will be offering 4 oz. pours of Philly Special for a very patriotic $.76, on the day of the can release, April 18th from 3:30pm to 4:30pm hosted by one of Philadelphia’s most famous sons, Benjamin Franklin.