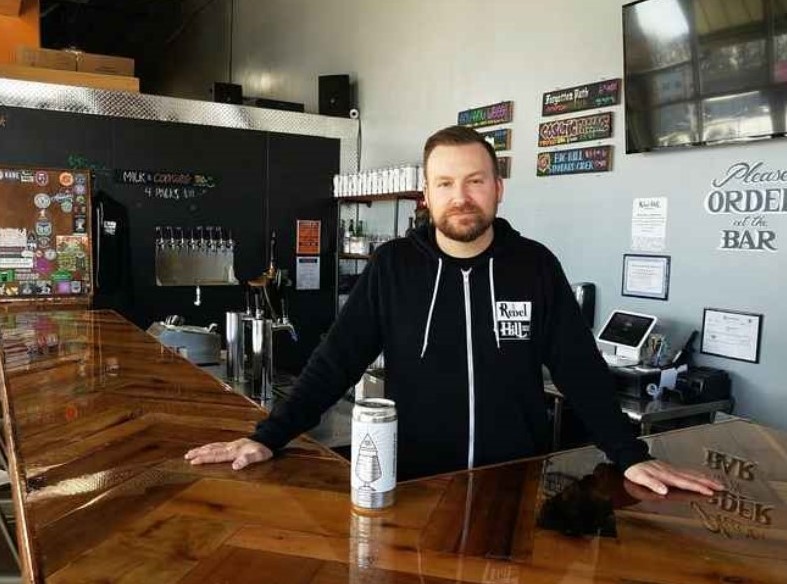 Image of Greg Kluge via the Reading Eagle.

Rebel Hill Brewing in East Pikeland Township has had a successful first year and is now getting ready for an even better one by adding a kitchen, writes Brad Rhen for the Reading Eagle.

The brewery opened last March in the Westside Apartments and Shopping development just outside Phoenixville. Once it commenced operations, owner Greg Kluge had to quit his full-time job to keep up with demand.

Kluge, a homebrewer for more than a decade, previously made beer for Iron Hill Brewing and Free Will Brewing through his homebrew club’s programs. But he had never worked at a brewery until opening his own.

“I kind of got the idea of how it worked,” he said, but “there’s things here and there that you learn along the way.”

Rebel Hill’s taproom has 11 taps, including a New England-style IPA, Bleed Green, and a Pale Ale.

“They kind of always change up,” said Kluge. “Although Pale Ales and IPAs are what people crush all the time.”