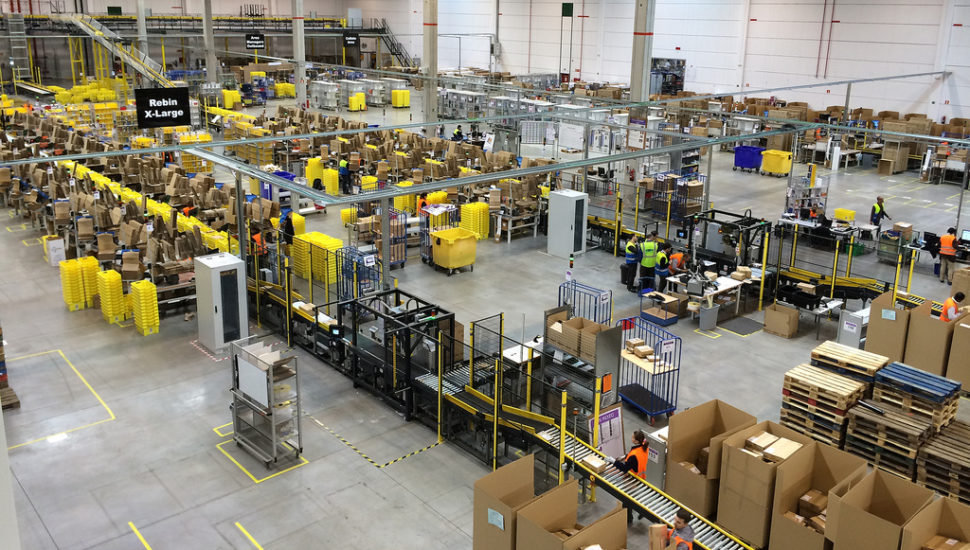 Amazon maintains warehouse-distribution centers in the Lehigh Valley, which is less than an hour away from Kulpsville on the Northeast Extension.(MONTCO.today file photo)

Amazon is setting up house in Montgomery County as the online retailer giant  signed on to lease a location in the Lansdale area, just off the Northeast Extension of the Pennsylvania Turnpike. Amazon will use that location as a distribution center.

The property is located at 2001 Gehman Road and is a 97,000-plus square-foot structure sitting on eight acres in Kulpsville. Built in 1989 by Patriarch Management of North Wales, the structure was last used by Centurion Medical Products, which occupied it for the last seven years, writes Natalie Kostelni in the Philadadelphia Business Journal.

Justin Bell, of Newman Knight Frank, and collegue Neil Shupak arranged the lease on behalf of the landlord, and said that when Centurion Medical was considering renewing its lease, the company decided to relocate to a new location after being acquired by another company. Bell and Shupak were tasked with finding a replacement and set their sights on Amazon.

“One of the targets was to get Amazon here,” Bell said. “It’s such a good location so close to the interchange.”

A deal was reached and Amazon went before Towamencin Township officials for several different requests, which were granted March 13. Parking will be expanded and a new access driveway will be installed.