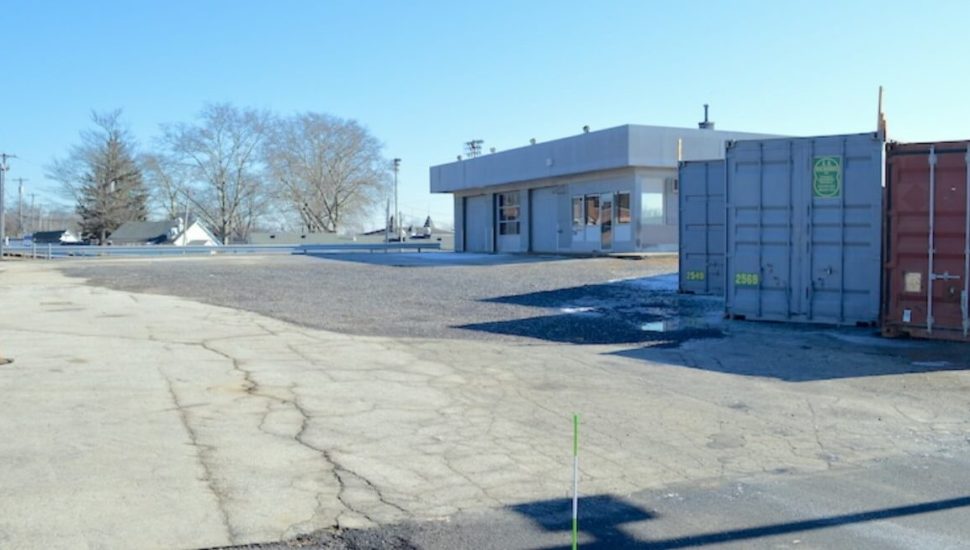 Image of the site of a propsed four-story hotel and retail complex via SAVVY Main Line.

After having his previous development attempts for a hotel, apartment building, and parking garage at Devon Yard thwarted by local residents, Eli Kahn is back with new plans for his originally proposed site, writes Caroline O’Halloran for savvymainline.com.

Kahn, the Malvern-based real estate developer, has partnered with Wade McDevitt for the redevelopment, which was presented to Easttown Township’s new Devon Center Task Force earlier this year.

According to the plans, the old Sunoco station next to Devon Yard, along with the adjacent frontage along Lancaster Avenue, will be replaced. Instead, they are planning to build a retail and hotel complex. This will have shops and restaurants at ground level and a luxury boutique hotel with up to 80 rooms above.

Kahn believes the hotel is necessary to fill the accommodation void at the popular Devon Yard event space.

“If you book a wedding at Devon Yard, where are your guests going to stay?” said Kahn.

The developers are hoping that the required zoning changes will be incorporated in the new zoning map by the Devon Center Task Force.