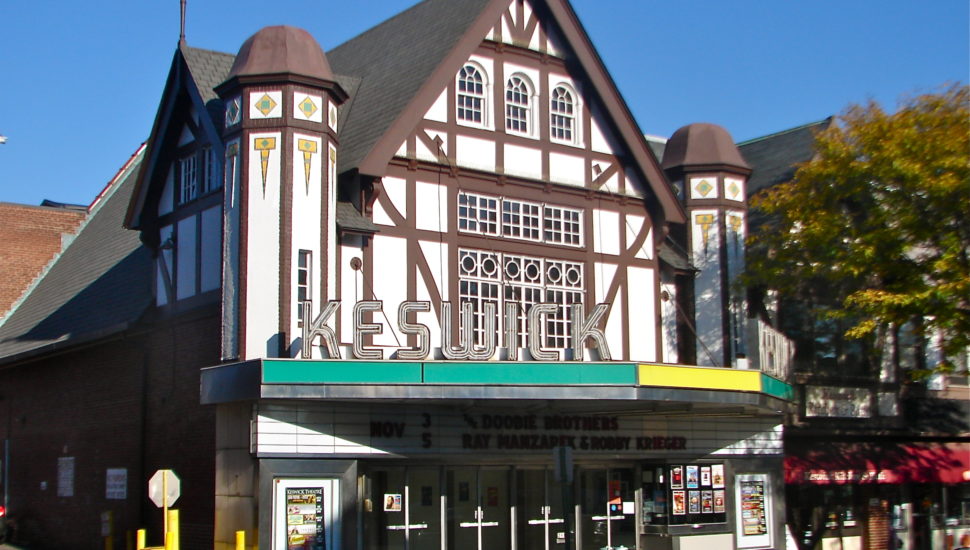 Ninety years is a long time for anything, or anyone to be around in this day of disposable just about everything.

But The Keswick Theatre, which originally opened its doors Christmas Day 1928 in Glenside,  is kicking off a year’s worth of special performances to celebrate the milestone.

The yearlong celebration, which will also include a date with the Philadelphia Orchestra, is meant to show off the Keswick’s range as a venue, something that is built in to the very fabric of its architecture, courtesy of designer Horace Trumbauer, the man behind the Philadelphia Museum of Art and the Free Library of Philadelphia’s main branch. “Trumbauer’s head architect didn’t stick to one look, he used four different architectural designs intertwined when they built the Keswick,” said Keswick general manager Judith Herbst, writes A.D. Amorosi for philly.com.

Nationally recognized as the most comfortable, acoustically perfect listening room in the entire Philadelphia market, the Keswick was designed by acclaimed architect Horace Trumbauer (who also created the Philadelphia Museum of Art!). Initially a combination vaudeville/movie house, the Keswick hosted such legends as Stepin’ Fetchit, Paul Robeson and Ina Ray Hutton (Betty’s sister) with her all-girl band. In 1955, the theater was remodeled into a cinemascope film house, hosting the area’s premiere releases of most of the big-budget movies from the 1950s and ’60s, according to their website.

Fans of a Glenside Deli Liked It So Much, They Bought It