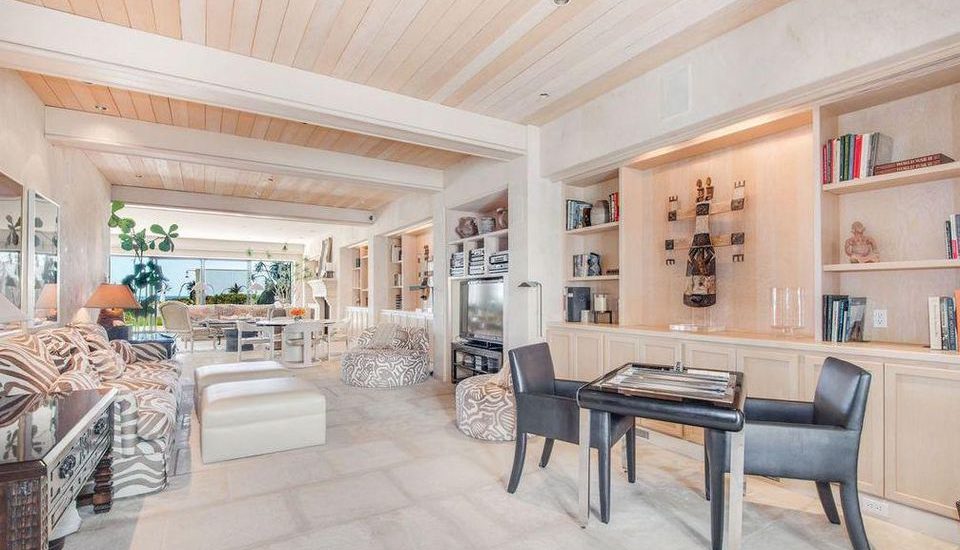 First, it was available to rent. Now, it’s priced to sell.

After starting its sales journey this summer as a rental asking $110,000 per month, the home Frank Sinatra and his wife Barbara designed for themselves has come to market as part of the Sinatra estate. The Sinatras bought the property in the early ’90s for $3 million only to tear down the existing house and build the one you see here. It was completed in 1992, six years before Sinatra’s death at the age of 82. Barbara Sinatra died last year, at age 90. Architect Ted Grenzbach worked on the design (he has also worked with other famous California denizens such Barbra Streisand and Gregory Peck). The seven-bedroom, nine-bathroom house is over 5,800 square feet with 40 feet of prime beachfront land. It was designed for entertaining, with listing agent and friend of the family Leonard Rabinowitz of Hilton & Hyland telling the L.A. Times that the Sinatras frequent guests included Jack Lemmon, Gregory Peck and Dick Van Dyke., writes Amy Dobson in Forbes.

Sinatra once proclaimed that “orange was the happiest color” so it is not much of a surprise that a version of that hue shows up throughout the house. Though the Sinatras went with a paler version, perhaps influenced by the California tones and sandy beach outside the backdoor.

The kitchen comes with commercial-grade appliances and is jazzed up by the herringbone pattern in the ceiling.

The master bedroom comes with two sets of double doors leading to a private terrace, two adjacent bathrooms, a steam room, hair salon and fireplace. Vaulted ceilings make the room feel bigger than it already is.