Tech Talk: Hyperloop between Pittsburgh and Philly being explored 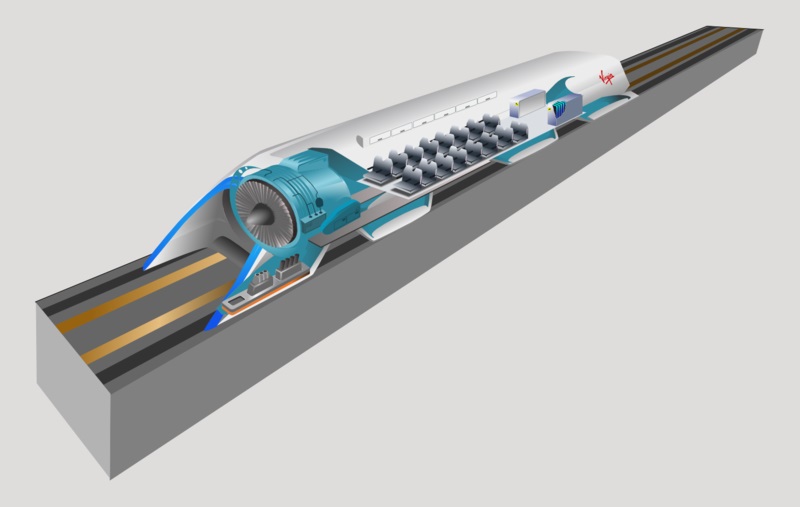 The Hyperloop promises comfortable passenger trips at 700 miles-per-hour delivered on an infrastructure network that would cost a fraction of a high-speed rail project. (Image courtesy wikimedia.org)

Imagine your boss telling you, you have to go to Pittsburgh for a very important meeting. Perhaps the first thing that pops into your mind is, I really don’t want to drive all the way from Montco to Pittsburgh, that’s a five-plus hour drive!

Now imagine getting there in half an hour.

It’s not hyperbole to say that no contemporary transit proposal has received as much hype as the Hyperloop — Elon Musk’s concept for intercity travel at nearly supersonic speeds seemingly inspired by the pneumatic tubes common at banks’ drive-thru teller windows, writes Jim Saska for planphilly.com.

The Hyperloop’s promise of comfortable passenger trips at 700 miles-per-hour delivered on an infrastructure network that would cost a fraction of comparatively snail-paced high-speed rail projects helped fuel breathless coverage of Musk as a real-life Tony Stark, and the inevitable blowback as critics railed against it as just another half-baked and self-serving publicity stunt from the Tesla and SpaceX CEO.

Now, a handful of state legislators want Pennsylvania to hop on board nascent Hyperloop planning, calling for a study of a Keystone State connection between proposed Hyperloop routes along the Northeast corridor and in the Midwest.

Depending on the route and whether it could hit maximum speeds most of the way, a Hyperloop line between Pennsylvania’s two largest cities could take as little as 30 minutes — about half the time it takes to fly.