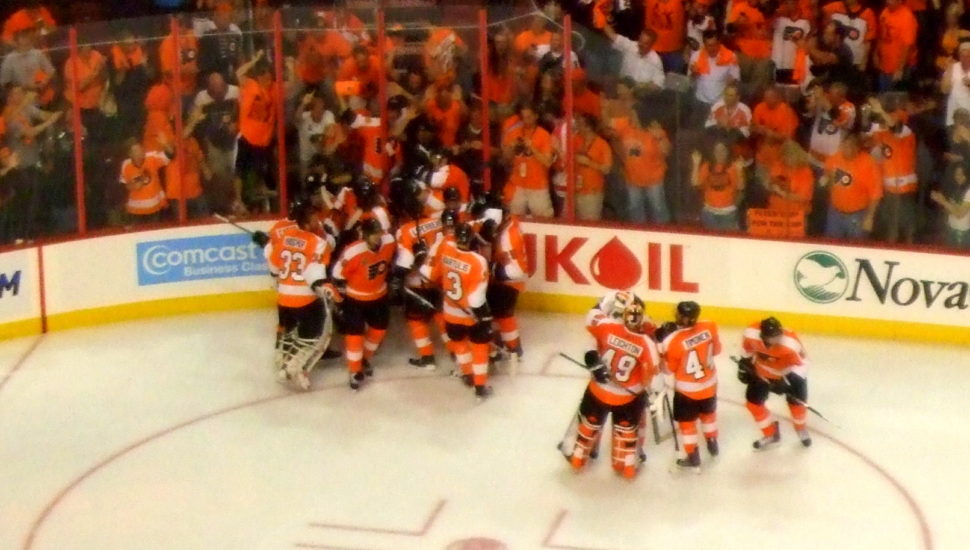 Dave Scott: "I want to win more than anybody. Being in this job it's not enough to love sports. You have to be passionate about business, too."

They’re big shoes to fill — Ed Snider was the heart and soul of the Philadelphia Flyers for just about a lifetime. But Dave Scott is hoping to step into those shoes successfully.

He’s on his feet in the conference room at the top of the Wells Fargo Center that once served as Ed Snider’s office, enthusiasm spilling from every pore of his 65-year-old body as he raves about players on his esports team —  “Carpe,” “fragi,” “Poko,” and “snillo” — the latest stars of Comcast Spectacor’s ever-increasing empire of sports entertainment. “Here’s a picture. Come over here. I’ll show it to you,” says Scott, Comcast Spectacor’s chief executive officer and chairman, pointing to a computer screen. “Look, I’m in there with all these kids,” writes Sam Donnellon in the Philadelphia Daily News.

In 2013, after a successful and lucrative career, Scott was looking to take it down a notch.

Three months into Scott’s new life, his old boss called him with something else. Something completely different from what he had cut his teeth on. Something, he concedes, was a bit scary: Scott would oversee Comcast Spectacor’s expanding business of owning and managing venues and teams, working to reinvent the arena fan experience that had, to millennials at least, run out of runway, too. He would work alongside Snider, the late Flyers owner, filling the cracks left by the sudden departure of Flyers team president and Snider’s right-hand man, Peter Luukko, while creating new revenue opportunities.

Neumann-Goretti’s Eric Gentry, One of Most Unique Defenders in College Football, Turned His Imposing Height into His Greatest Strength