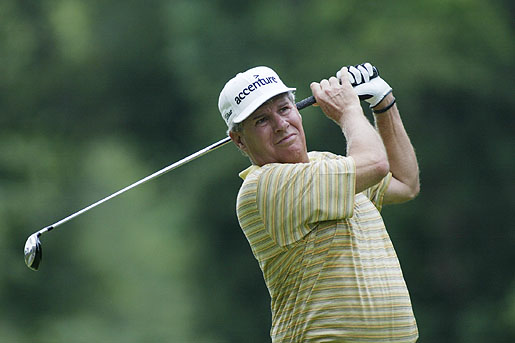 Jay Sigel during the first round of the 2004 U.S. Senior Open Championship at Bellerive Country Club in St. Louis. Image via USGA/Steve Gibbons.

Professional golfer Jay Sigel spoke with MONTCO Today about his upbringing in Narberth and how his first experience with golf was as a caddie for his father and a few of his friends. He won his first tournament, a 12-and-under at Plymouth Country Club, and played collegiately at Wake Forest. After enjoying an illustrious amateur career, he became a pro at the age of 50.

Sigel also discussed the importance of setting short- and long-term goals, as well as the genesis of The Jay Sigel Invitational happening at Aronimink Golf Club on Oct. 8, an invitational which has raised nearly $4 million and increased awareness of prostate and breast cancer over three decades.

Where were you born and where did you grow up, Jay?

I was born the second of two children at Bryn Mawr Hospital in November 1943 and grew up in Narberth. I went to school at Merion Elementary, Bala Cynwyd Junior High, and then Lower Merion High School.

What did your parents do?

What memories do you have of growing up in Narberth?

I played baseball with my cousins in Narberth at the ball field. Even back then, they had covered stands and a home run fence. It was a very impressive park for that time. At the other end of the park, there was a basketball court.

When I was 10 years old, I remember playing ball and looking over to the court to see a man playing basketball on what I thought was stilts. I had never seen anyone so tall. I did not know it at the time, but it was Wilt Chamberlain, and he definitely earned the name Wilt the Stilt! 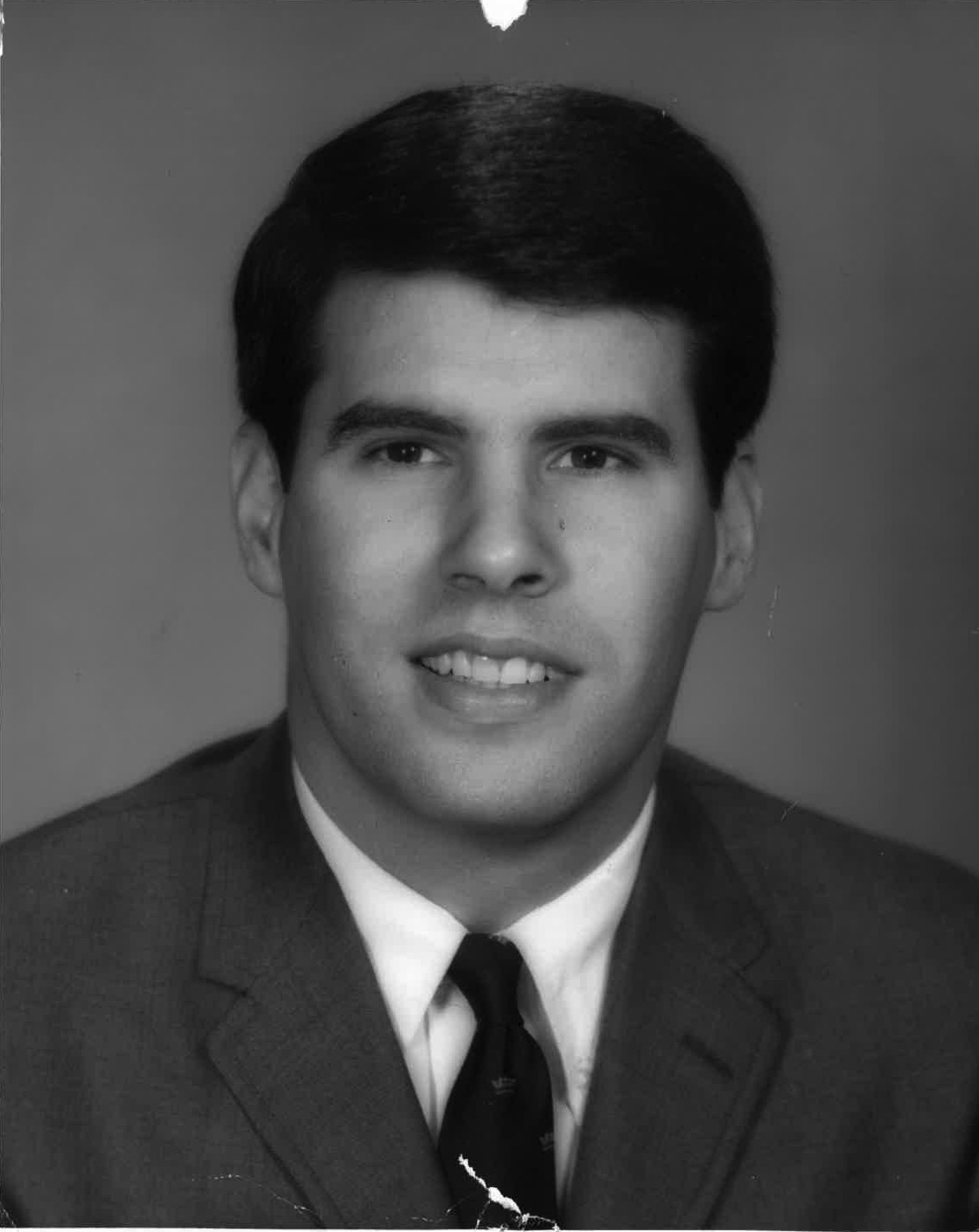 Were you a natural athlete?

I was a pretty good baseball player. My cousins were quite good players, and it seemed to be a thing to do. I was a pretty good pitcher and an excellent hitter. In ninth grade, I would either pitch or catch for the team. I retired from catching after I caught a fastball with my bare hand.

How did you begin playing golf?

I was caddying for my dad and a couple of his friends at Bala Golf Club. Back then, I had three bags on my shoulders. I was a big 10-year-old, so my dad asked if I would like to try playing golf, and I said that sounded a lot more fun than carrying three bags.

In 1953, the Bala caddies took me over to the Daily News Open at Cobbs Creek, and they were talking about a player named Ben Hogan. I had never heard of him at the time. Bala had the U.S. Women’s Open in 1954, so I was able to see some of that.

When I started playing, I was not very good, and it was very frustrating. In the summers, we would go to Cape Cod, and I would play there with another young guy. His talent really inspired me to learn to play better so that I could come back the following summer and beat him.

Golf did not come to me like baseball, and the other sports I played came to me. The caddies took care of me and mentored me, as well as other members of the club and my parents.

At what point in your development did you realize you had real potential?

Around age 12, I began to get much better. I played in my first 12-and-under tournament at Plymouth Country Club. I was very tall. When my mom brought me into the Pro Shop, the gentleman told her, “Ma’am, this is a 12-and-under tournament.” She had to explain that I was 12, just very tall! I ended up winning that tournament, and we just went on from there.

When you look to your life in golf, who were the two or three people who helped you the most?

My father and the members at Bala Golf Club were absolutely wonderful. I’ll never forget the time my dad sent me off the golf course because we were disagreeing on something. I left the course in tears.

I remember a time that I didn’t fill a divot in or rake a bunker properly, and someone must have reported it. The news circulated, and I was chastised. That’s when I learned how much golfers stick together about playing the game properly.

I played with three other juniors at Bala – Bobby McMahon, Ed O’Malley, and Joe Scott – and I was not the best of the four. Playing with those guys helped me vastly improve my game.

Where did you go to college?

I went to the University of Houston my first semester but then transferred to Wake Forest, which was a much better fit. I played golf at Wake Forest in hopes of becoming a professional golfer. I was not the best student, so I got off to a slow start in school. I ended up going to summer school because my credits did not transfer from Houston.

In 1963, following my sophomore year at Wake Forest, I finished up summer school and was going to play golf with my coach. My dormitory door slammed on me, and my hand went through the window pane, severing the nerves of my left hand.

I was in the hospital for eight days, and some thought I would never play golf again. I became very frustrated, put on extra weight, and could not play golf for a year. I spent the next summer practicing putting one-handed. I went back to Wake, and the following season, I played with foam rubber in my gloves. It was very hard to practice. I did not have good circulation in my hand, so it was very painful.

Throughout this entire process, my dad kept telling me my injury was going to be a blessing in disguise and that everything happens for a reason. How correct he was!

My future wife said something to be very profound at the time. She said, when you have children, they are going to ask you why you did not finish something that you started. Her question had a huge impact on my life. If I hadn’t cut my hand, I probably would not have graduated college, and I would have turned pro. I ended up graduating from college; I did not go professional. I married that very smart woman, and then I went into the insurance business.

I still had the competitive fire, but I was not playing very much golf. I was still in a lot of pain from the injury as well. I started to play again competitively in 1965, and I was a bit more mature and tougher than the other guys I was playing against. I won a tournament the next year.

What did you do when you graduated from college?

I started selling policies with John Hancock, and I received a few sales awards. I realized that I could work my own schedule in the evenings and weekends, so I had time during the week to play golf. I was very disciplined and I was using my time wisely to practice. I started playing regional and national events, and I started beating the top players. 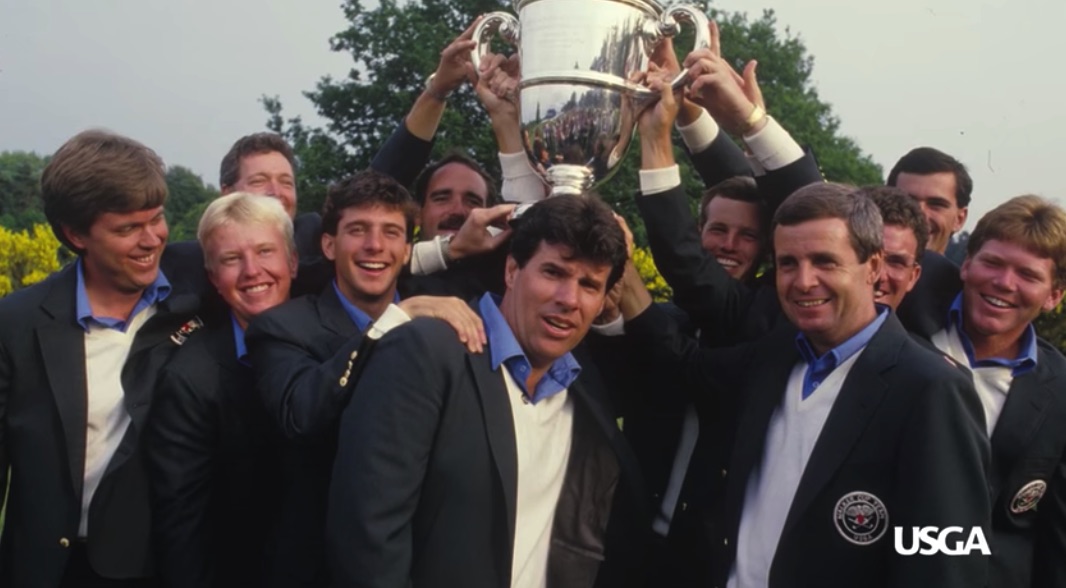 The only goal I had after the hand injury was to make the Walker Cup Team, a tournament that was an international event against the amateurs of Great Britain, Ireland, Scotland, and the U.S. I came very close in 1973 and 1975. By 1977, I had been ranked in the Top 10 amateurs in the country for a few years, and that year, I finally made the Walker Cup Team.

I told my wife, this was our goal now. I made the Walker Cup nine straight tournaments from 1977 to 1993. I set many records during this time as an amateur. I started having the opportunity to play in the Masters each year, which I did for 11cyears in a row.

What is your takeaway lesson from that experience?

My takeaway from that experience is that you must have goals – short-term, intermediate-, and long-term goals. At the time, I had a growing family, was playing a lot of golf, and trying to work in a business. I did not think I had a future in professional golf, but I loved being an amateur. I only played from March until October, so I knew I would not turn professional.

What is your favorite course you’ve ever played on, both locally and anywhere in the world?

My favorite course in the world is Cyprus Point in California. From the excitement of the seals in the water to the beauty of the ocean to the deer and fox running around, it is a beautiful course. You never know who you’ll see on that course – I’ve run into Clint Eastwood. Locally, I would say there are several: Pine Valley, Aronimink, and Merion are my favorites in the area.

Tell me about The Jay Sigel Invitational and why it’s so special to you?

Representatives from Aronimink came to me in the early 1980s and told me they would like to have a tournament in my honor. My partner and I won the first year, and they did not want me to play in the tournament after that! After a while, I asked if we could use the tournament to raise money for something. My dad had passed away in 1984 from cancer, so I asked if we could raise money for cancer awareness. We had less than 100 players and would generate about $20,000. 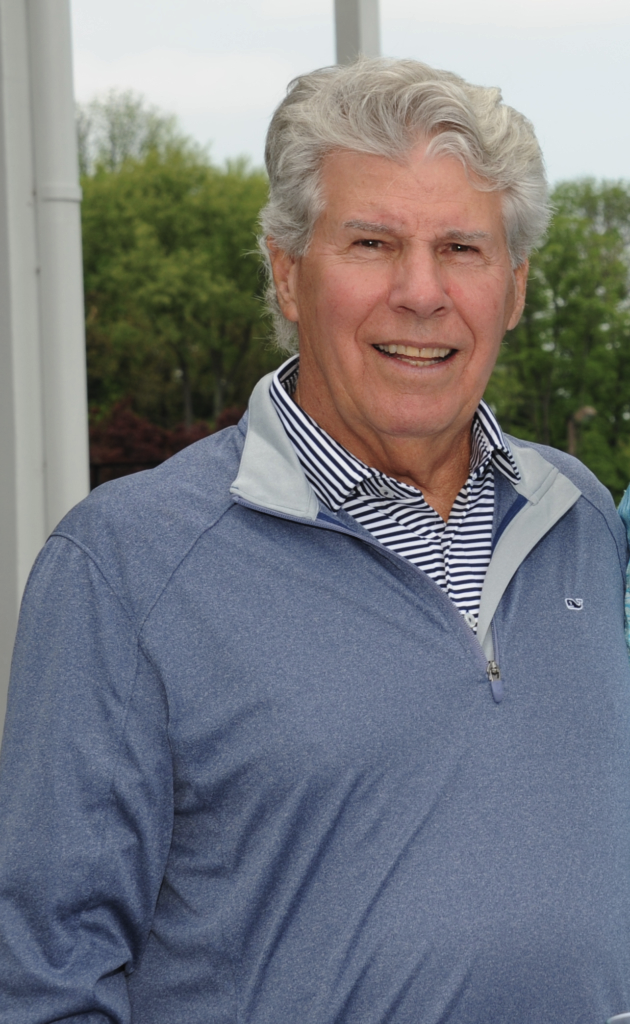 Jay Sigel. Image via The First Tee of Greater Philadelphia.

One of the great joys I have is helping to educate others, raise awareness, and connect individuals with cancer to doctors who can help them. I’ve made many good contacts through this program, and my friends and strangers across the country have gained access because of the tournament.

Our fundraising is a big factor in helping others. Our contacts can help connect people around the country to the right doctor for them. We drive revenue for Penn Medicine, but we also connect people in many other states.

Put your earmuffs on when you go to the range! In other words, don’t listen to everyone. Everyone is going to give you advice on how to get better, how to change your swing.

A young golfer must be careful about who they listen to and how much. The weekend golfer has all the answers. You have to be selective, not rude, and have a plan on how to approach these situations. You can’t listen to everybody so only listen to your teacher.

I play with some very serious golfers. I always try to help loosen them up and remind them just to enjoy the game.

Laura Wagoner contributed to this profile