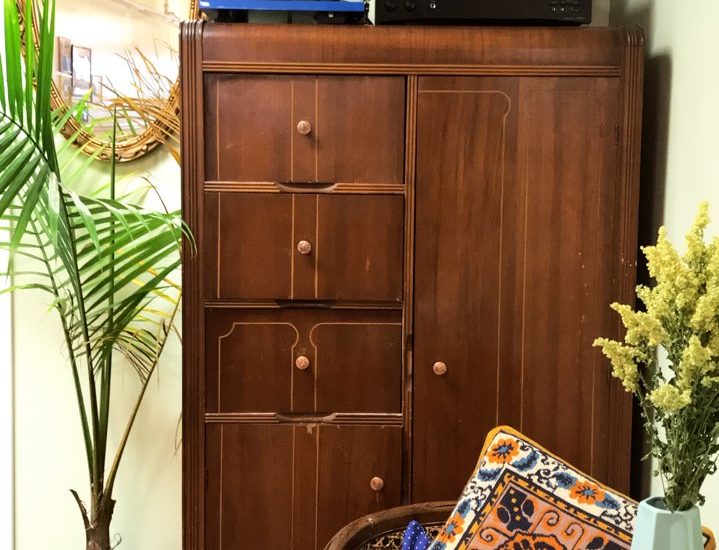 Anyone who wants a cup of coffee can easily find one, but until recently, coffee sweetened with affirmation has been a little harder to come by in Norristown.

“We’re hoping to be a community spot for Norristown,” co-owner Ellie Readinger said in an interview April 16, “that any single person feels comfortable and welcome being here.”

Even the shop’s name reflects its mission. “Timshel,” a Hebrew word that appears of biblical story of Cain and Abel, inspired a passage in the novel “East of Eden” by John Steinbeck, Readinger’s favorite author. The King James Bible translates the term as “thou shalt rule over him”— the “him” in this case being sin — but Steinbeck renders it as “thou mayest.”

For Readinger, the meaning is clear: We all have the freedom, as well as the responsibility, to do the right thing.

“It’s the basis of the book that maybe some people are born with jealousy or hatred, but you can choose to fight against those urges and still choose to do good,” she said. “I think it’s because in any occupation you can do good and you can have a big impact, whether it’s being a janitor or being the president. A janitor might have more of a positive impact on the world than some executive somewhere.”

So might a barista. Readinger’s mother, Mary Lou, who manages the shop, said she has seen new patrons literally dance as they walk in the door and realize what they’ve discovered. On any given day, a police officer, a reverend, a courthouse lawyer or a county commissioner may be seen standing in line at the counter.

“Coffee or tea says, hey let’s slow down. Let’s talk and relate to each other and see how we can take care of each other,” Mary Lou said. “Ninety-nine percent of the people that are coming in are just so psyched, and also they’re bringing their friends here to sit and eat with them and talk.”

Ellie, 30, has dreamed of a owning a coffee shop ever since she tuned in to the gang hanging out at Central Perk on the TV series “Friends.” She was living in Philadelphia when the dream looked as though it might become a reality, but her mother, a resident of Plymouth, urged her to open the shop in Norristown.

While the intangibles were a plus, however, the economics proved decisive. Ellie found, to her delight, that mortgages in Norristown were more affordable than rents in Philadelphia. She and her partner, Jon Schelfhout, purchased not only the ground-floor retail space, but the whole three-story building at 104 E. Main St.

Her cat, Temp, also seems to like the location, and often curls up on a cushion in one of Timshel’s  two front windows. Across the entryway, in the opposite window, passersby will note a wall-sized blowup of a colorful print, by artist Dwight Goss, showing Norristown in more prosperous days. The picture is both a reminder of what was, and a prophecy of what could be.

In keeping with its commitment to the community, Timshel buys local, serving Bucks County Coffee roasted by Global Blend on Lafayette Street. Donuts are from area landmark Suzy Jo. Muffins and crumb cake are provided by Philadelphia’s 110th Street Bakery, although the management team is also considering a bakery on Marshall Street in Norristown.

Food prices may need to be raised to find the optimum profit level, Ellie said, but she has vowed to keep the charge for a cup of coffee reasonable. She also plans on having plenty of time to figure out what her customers want, and what they are willing to pay.

“We’ll definitely be open for at least two years,” she said, “but I think we are on our way to a really sustainable business that will be open for far longer than two years.”

Sheriff’s Office Mourns Passing of Bikkel, the Only Bomb-Sniffing K-9 in Montgomery County