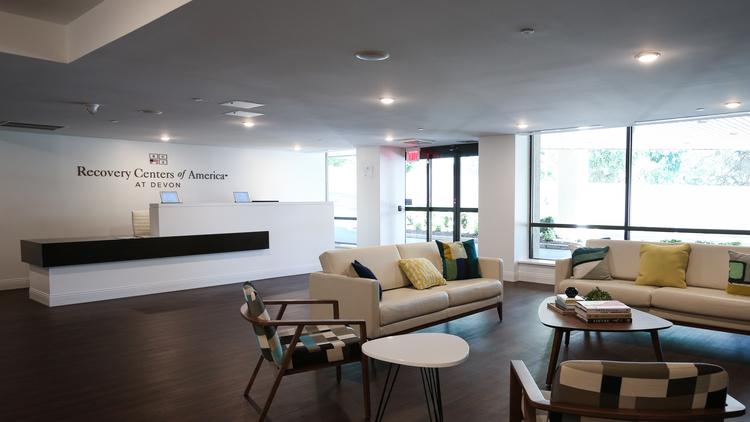 The Devon center — one of five inpatient facilities operated by King of Prussia-based RCA, and the company’s only inpatient center in the region — opened in mid-August with 62 beds. (MONTCO.today file photo).

The Devon addiction center arm of Recovery Centers of America, which is based in King of Prussia, and opened last summer, will be expanded by about 40,000 additional square feet of clinical space and will provide an additional 40 beds.

Since Thanksgiving, the center has been operating at or near capacity. “We’ve had many nights where we’ve ended the day with every bed occupied,” said Steve Wicke, the center’s CEO. “We are running at 90-plus percent occupancy. The demand is clearly there, writes John George in the Philadelphia Business Journal.

The company has found 60 percent of Devon’s patients come from within 50 miles of the location. Of those, 55 percent are under the age of 30.  The center recently launched a new addiction treatment program geared to toward men and women ages 18 to 28.

The renovation project is the second part of a four-phase development plan for the Devon site, which was previously the Devon Manor assisted living facility. This phase, which involves renovating space previously part of Devon Manor not developed in the first phase, is expected to be licensed and operational by late March or early April. RCA is investing a total of $43 million at the Devon site, which has five buildings on its campus.