Dave and Busters goes a bit smaller for bigger growth 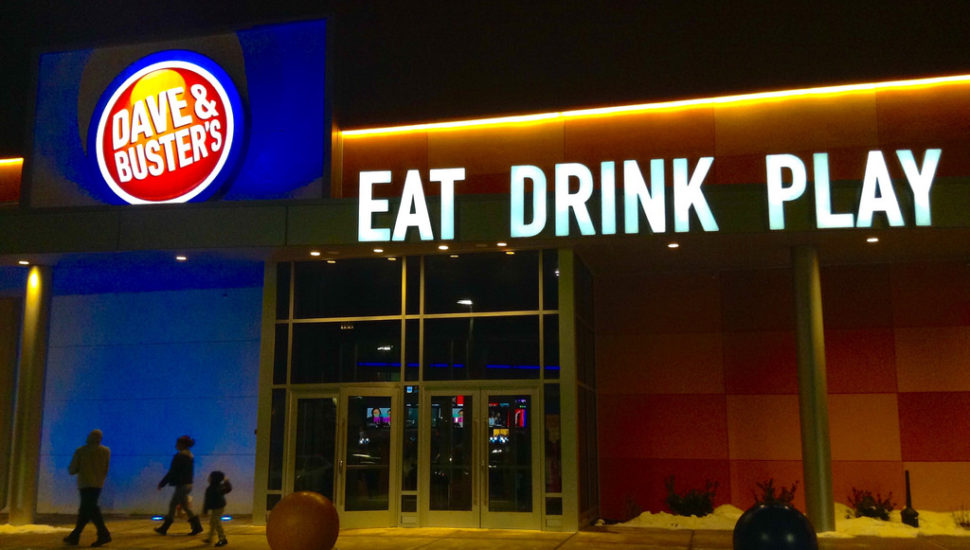 Dave & Busters currently operates more than 100 locations in 36 states and Canada. There are two in Philadelphia and one in Plymouth Meeting. (Photo courtesy of Wikipedia.org)

Dave & Busters currently operates more than 100 locations in 36 states and Canada. There are two in Philadelphia and one in Plymouth Meeting.

The company added that the venues will expand its whitespace opportunity by 10 to 20 percent beyond original targets of 211 units in the U.S. and Canada. Four smaller-format stores are expected to open in fiscal 2017, along with 10 traditional units.

In its quarterly results, the company also reported total revenues of $249.98 million, missing analyst estimates of $255 million. But earnings per share of 29 cents beat forecasts of 23 cents.

“Our team pulled through remarkably well in the face of unprecedented weather-related challenges in the quarter and difficult comparisons to last year,” Dave & Buster’s CEO Steve King said in an earnings release. “We continue to believe that the primary growth driver for the business is opening new stores with great returns. While it is still early, we are also pleased with the results from our 2017 store openings, which reaffirms the concept’s broad based appeal.”

ECRI, Plymouth Meeting, Reports on Medical Technology Fails; One Is Both Dangerous and Pervasive