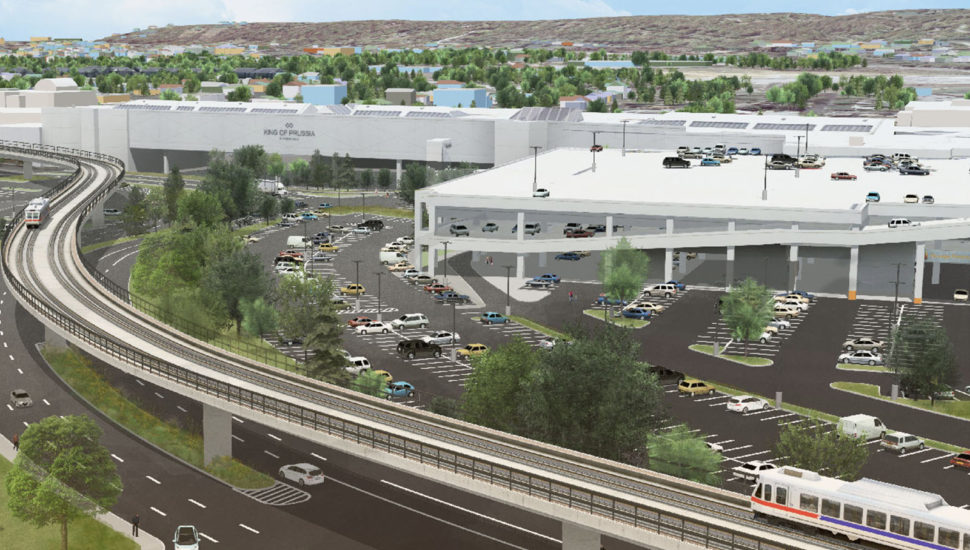 The idea of a spur off the existing Norristown High Speed Line, which would essentially connect Philadelphia with King of Prussia via commuter rail, is gaining momentum.

The King of Prussia Rail Coalition was formed to promote the extension after the release late last week of a draft report on the project’s impact, an important early phase of development. Jerry Sweeney, president and chief executive of Philadelphia developer Brandywine Realty Trust, was named the group’s chairman.

The project would branch off the existing line a few stops shy of its Norristown terminus, wending west through about four miles of Upper Merion Township to end near the Valley Forge Casino Resort after stopping at the King of Prussia Mall, the King of Prussia Business Park, and other locations.

With the project’s anticipated completion in 2023 at an estimated cost of $1.1 billion, those employment-rich suburban sites would be connected to Philadelphia’s main business districts of Center City and University City via the Norristown line’s existing link to the Market-Frankford Line at 69th Street in Upper Darby.

The organization was formed ahead of scheduled sessions next month to present the new report, a so-called Draft Environmental Impact Statement, in King of Prussia and Norristown.