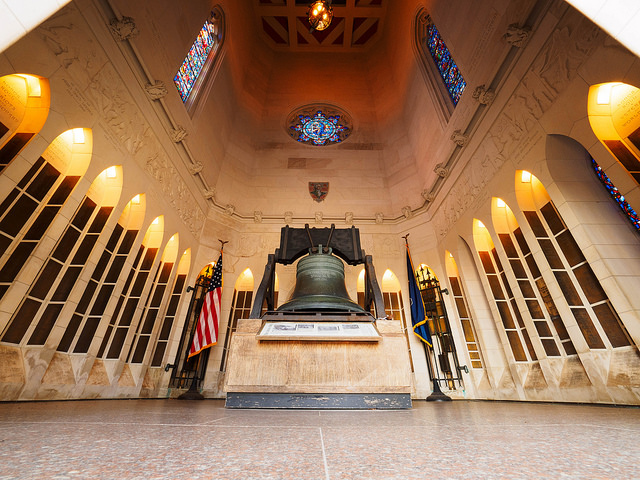 The Washington Memorial Chapel has announced that the Justice Bell, the symbol of the women’s suffrage movement, has just been restored.(Image via Garen Meguerian)

The Washington Memorial Chapel has announced that the Justice Bell, which serves as the symbol of the women’s suffrage movement and the successful effort to pass the 19th Amendment giving women the right to vote, has just been restored.

Prominently displayed in the atrium of the National Patriots Bell Tower of the Chapel, the Justice Bell was the brainchild and gift of Katharine Wentworth Ruschenberger of Strafford.

In 1915, she commissioned the casting of a duplicate of the Liberty Bell, adding the inscription “Establish Justice” to call attention to the fight for women’s suffrage.

The Justice Bell has been located at the Chapel since the 1920s and within the Bell Tower since 1996. The National Patriots Bell Tower and Carillon were finished in 1953 and built with the financial support of members of the National Society Daughters of the American Revolution.

In the 100 years since the bell was cast, the wooden yoke supporting it had cracked and the iron hardware had rusted. The signage had weathered and needed refurbishing as well.

The Verdin Company of Cincinnati undertook the manufacturing of a new yoke and the refurbishing of the hardware and clapper.

The Overriding Importance of the Battle of Brandywine, Fought 244 Years Ago Today, Is the Marquis Lafayette