Outside Experts Emphasize Personnel for Entercom and CBS Radio Merger 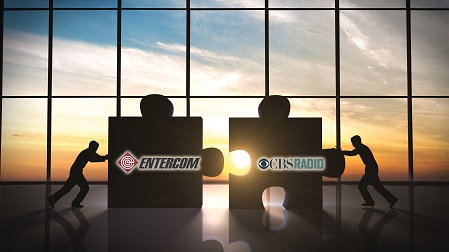 The merger of Bala Cynwyd’s Entercom and CBS Radio that will create the country’s second-largest radio broadcaster will be a massive and complex operation, writes Randy J. Stine for Radio World.

“It might seem like equipment, budgets, procedures and the like would be first up, I would make a case for people being the first priority,” said Milford Smith, director of engineering for Greater Media.

Good broadcast engineers are extremely hard to find, he said, so the priority should be getting to know the new people joining the company and allay any fears they might have.

The newly created entity will include 244 stations in 47 markets and operations in 23 of the country’s top 25 markets. For it to succeed, the engineering, IT, and digital departments will have to work together seamlessly to integrate the new company’s technical operations.

Andy Laird, former vice president and chief technology officer for Journal Broadcast Group, said that culture differences between the companies should be handled by consolidating the best practices of both companies to help people integrate.

Read the entire interview at Radio World by clicking here.