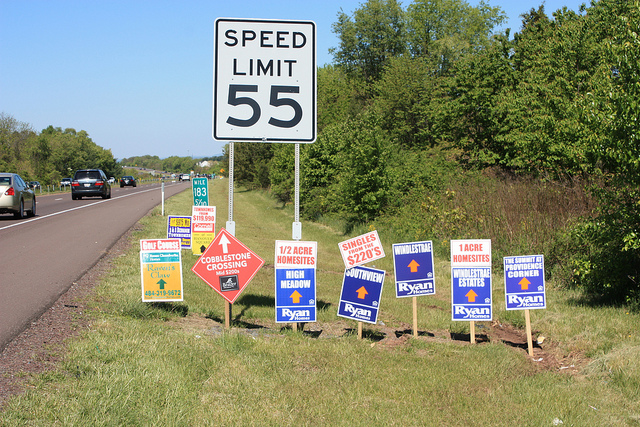 Road signs along Route 422. A new report shows that the sale of residential real estate in the Philadelphia suburbs continued to rebound in the first half of this year. (Image via the Montgomery County Planning Commission)

Home sales in the Philadelphia suburbs continued to rebound during the first six months of this year, writes Brian McCullough for The Times Herald.

The report showed that the highest median sale price in the region for the six month period was in Chester County at $325,000, a 4.8 percent increase over 2016.

The number of sales also increased with Montgomery County recording the highest number of sold single-family homes in the six months period at 3,262, a 3.7 percent increase. Chester County sold 2,213, up 7.2 percent, while Delaware County was just behind at 1,946, an increase of 5.9 percent.

“There are just not enough homes on the market to satisfy the demand,” said Steve Storti, chief marketing officer of Berkshire Hathaway.