The Taco Truck at King of Prussia Mall’s Unexpectedly Closes 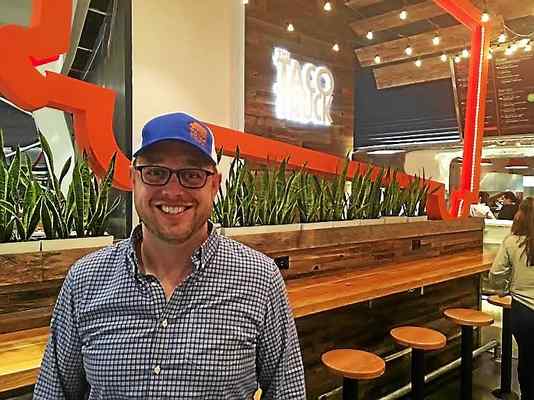 Taco Truck co-owner Jason Scott. The Taco Truck has closed its King of Prussia Mall location, only four months after the eatery had its grand opening at the Savor food court. (Image via The Times Herald)

Four months after the Taco Truck started operating in King of Prussia Mall and established itself as one of the Savor food court’s more popular options, the eatery suddenly closed on May 1, writes Gary Puleo for The Times Herald.

The owners were approached last year by Simon Property Group about locating a restaurant in the mall, and the unorthodox layout of the food court quickly drew Scott and Viola in.

“I like that this is not a traditional food court and that we had the opportunity to create our own environment,” said Scott at the time.

However, in a post on the company’s Facebook page, the chain announced that its King of Prussia location was closed, along with its Princeton and Morristown outposts. The chain’s final location in Hoboken closed on Sunday.

“It is with a heavy heart that we inform you that The Taco Truck will be closing its doors,” said founding owners Jason Scott and Chris Viola in the Facebook post. “For the last decade, it has been our pleasure to serve you and be an integral part of your community — not just as your taco crew, but as your friends and neighbors.”

Read more about the closure at The Times Herald by clicking here.