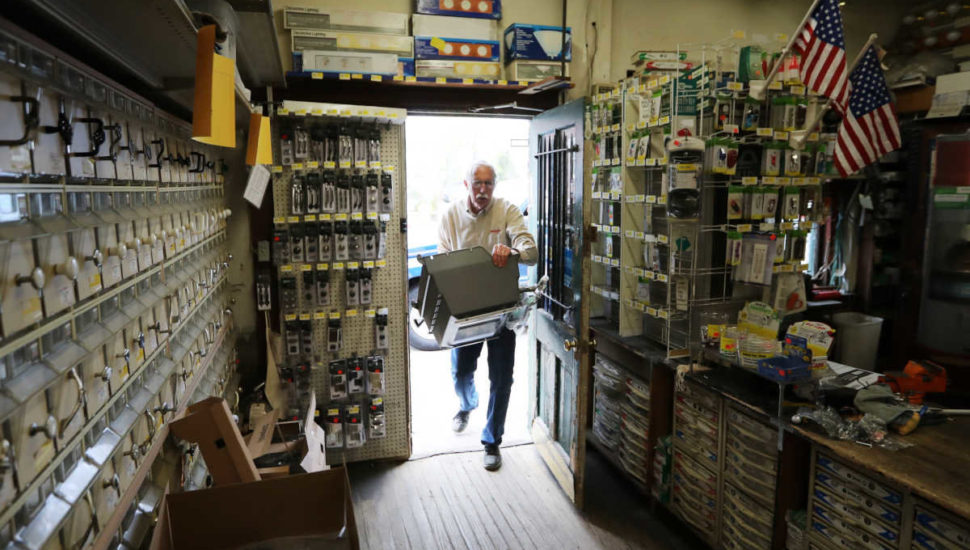 The Suburban Hardware Store in Bryn Mawr is shuttering its doors after almost a century serving the local community. (image via Philly.com)

The Suburban Hardware Store in Bryn Mawr is shuttering its doors after almost a century serving the local community, writes John Ryan Barwick for Philly.com.

66 year old Charlie Waters, the co-owner and manager, has helped countless residents of the local community bring their homes to life over the years with his diverse range of hardware.

“It’s been emotional,” said Waters. “People think it’s going to stay here forever, but downtown hardware stores are becoming a thing of the past.”

Waters had hoped to sell the store to keep the legacy going but no buyers came forward. This follows the national trend for small independently owned hardware stores that are rapidly becoming a thing of the past.

According to Waters many millennials now use the internet instead of stopping by a hardware store. That Suburban Hardware stayed open for as long as it did is a tribute to “loyal customers,” said Waters. “But customers get older.“