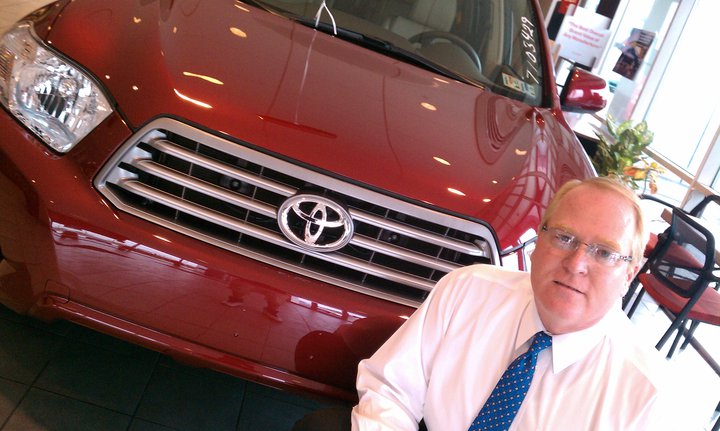 Sales manager Steve Knickerbocker sits in front of a new Toyota in Conicelli Toyota's showroom on Ridge Pike in Conshohoken. Montgomery County residents are among the most prudent when it comes to car spending, according to newly published report by WalletHub. (Image via Facebook)

While a significant part of the country is currently overspending on cars compared to income, Montgomery County seems to be successfully resisting the epidemic, according to a new analysis published by WalletHub.

Personal-finance website WalletHub took a closer look at this growing issue nationwide and has published an in-depth analysis of Cities that Overspend on Cars along with its first-quarter installment of the Auto Financing Report.

WalletHub’s analysis identifies the cities with the highest and lowest car-loan debts by dividing the average car-loan debt by residents’ income in each of the nation’s 2,539 cities. It is based on TransUnion data from October last year.

The worst ranking is 99 which indicates the highest ratio of car-loan debt to income, therefore the lower the figure the better.

All of Montgomery County’s cities landed in the lower half of the list, with Pottstown having the county’s worst rating of 45 with $16,506 in average car-loan debt against $29,208 in average income.

Next is Norristown at 38, Ambler with 23, and Lansdale at 22. North Wales and Glenside are neck and neck at 15 and 14 respectively. But top, well in this case bottom, is frugal King of Prussia at 6.

See the complete report at WalletHub by clicking here.

How a Four-Lane Strip of Highway Spawned Western-Montco Exurb