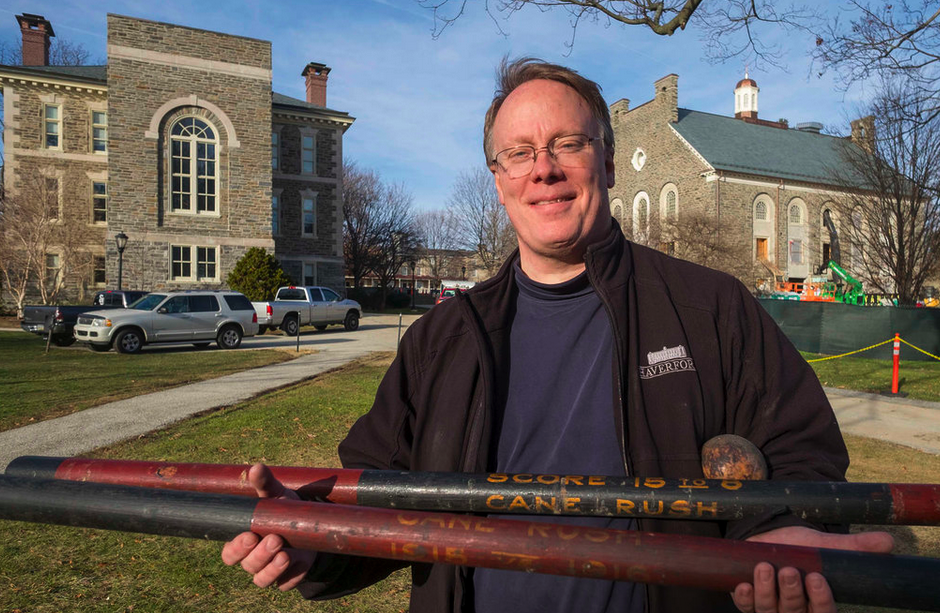 A hidden attic discovered during recent renovations has uncovered a wealth of historic items from Haverford College’s early years including some wooden canes that were used in the long forgotten practice of cane rush, writes Susan Snyder for Philly.com.

In between he also discovered a large display case that had red and black and faint gold lettering that said “rush,” filled with long wooden canes. This led Harrower to believe they were likely commemorative canes used in Haverford’s bygone tradition known as “cane rush.”

Each year, freshmen would be challenged by sophomores. They would line up on opposite sides of a field waiting for the whistle to blow. Both teams would then charge at the cane in the center trying to put as many hands on it as possible. The team with the most hands on it when the whistle blew again was the victor.

Harrower has now decided to put the canes on display for alumni to celebrate Haverford’s nearly two centuries of tradition.

Read more about the historic treasure at Philly.com by clicking here.