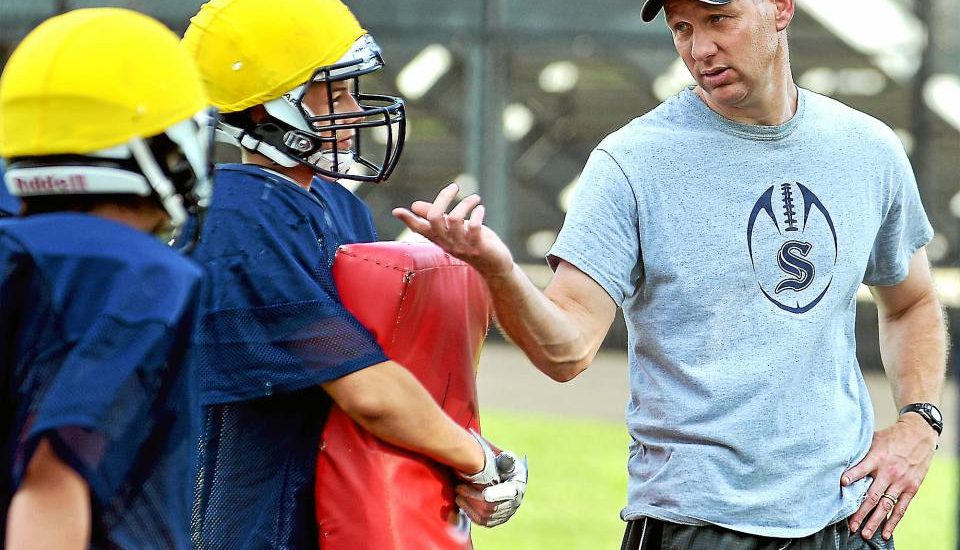 Springfield Township High School has been forced to cancel its varsity football season due to a lack of participation, writes Austin Hertzog for PaPrepLive.com.

The move was made official Monday evening in a letter from Jason Pane, an Assistant Principal and Athletic Director at Springfield High School.

“The decision was delayed as long as possible in hopes that more students would join the roster,” Pane wrote in the letter. “At this time, we simply do not have enough players to safely play this year.”

The Spartans opened the season last Friday with a 47-20 loss at Octorara.

According to Walter Perez of Action News, coach Chris Shelly said telling his boys that the rest of the season was canceled was the most difficult speech he ever delivered to his team, especially his seniors.

“I was obviously heartbroken telling it to them, but I also know how much these guys have meant to the program and will continue to carry on that legacy,” Shelly said.

The decision came down to numbers. The Montgomery County high school started training camp with just under 30 players. The Spartans lost a few to injuries during the preseason, and then a few more got hurt during Friday’s game.

With approximately 20 players left on the roster, many of them freshman, school officials felt that putting a young team, with no depth, into a varsity football game was just too dangerous.

Shelly said he doesn’t blame the school district for the decision.

“They are looking out for the best interest of our kids, and so this was a group decision, and I’m just awfully proud of our guys and how much hard work they put into it, and that is the hardest part,” he said.

According to figures it submitted to the Pennsylvania Interscholastic Athletic Association last October, Springfield has a male enrollment of 253 students in grades 9-11. The PIAA football landscape is divided into six classifications, from 1A (lowest) to 6A (highest), based on enrollment.

The Spartans competed at the Class 3A level.

“I sympathize with our players, coaches, and the community as Friday nights in Spartan Stadium have been a staple of my life for the past several years,” Pane wrote.

“This decision was very difficult to make, but it is what is best for our students that remains my primary focus.”