After Latest Expansion, King of Prussia Mall Now the Eighth Wonder of the World 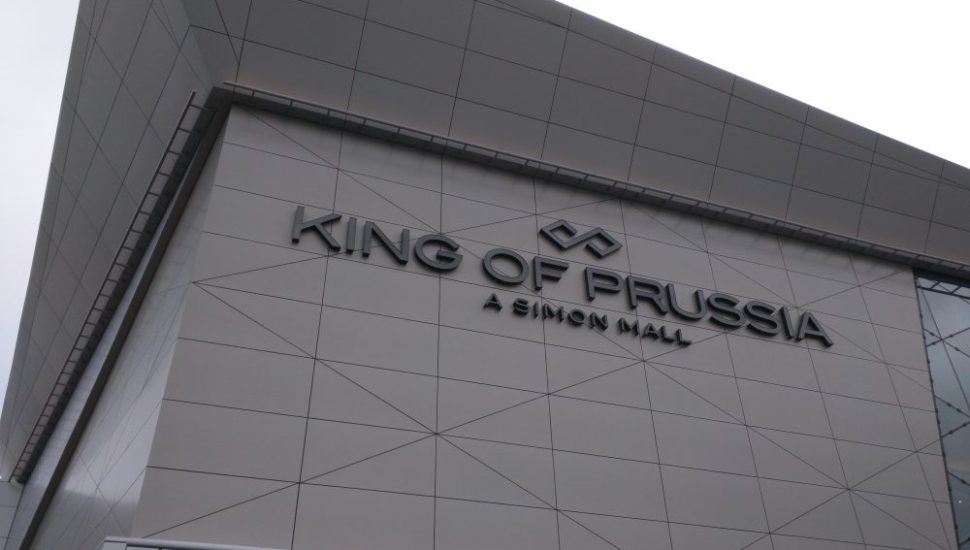 The British have Stonehenge. The Italians have the Colosseum. The French have the Eiffel Tower.

Shopaholics have the King of Prussia Mall.

Like that trio of European landmarks, the latter can now stake its claim to being the Eighth Wonder of the World.

Thursday morning, before a throng of media, Simon, a global leader in real estate, celebrated the completion of a 155,000-square-foot expansion that connects the Plaza and the Court.

The two are now one.

The $250-million project took a year to plan and two more to construct. The result is a magnificent corridor with a miniature food court and lounge area that is the new home for a collection of world-class retailers, including ones from the United Kingdom, France, and the Netherlands.

“This is an exciting day, because it marks the first time in my life that I’ve come to King of Prussia Mall, and it won’t actually cost me anything,” joked U.S. Representative Brendan Boyle of Pennsylvania’s 13th District.

“We’ve all had the experience on a cold day running between the one part of the mall to the other. So the fact that we won’t have to do an Olympic sprint between the two wings of the mall is welcome news indeed.”

The project marked the eighth major renovation or expansion since the mall opened in 1963. Now, the mall’s footprint, which spans a total of 2.9 million square feet, is four times its original size.

“This was not an easy thing to accomplish,” said Richard Sokolov, President and COO of Simon. “We had to figure out how to build across Mall Boulevard. How to completely demolish and redo a deck. How to create three new entrances to Neiman Marcus, Macy’s, and Bloomingdale’s. How to create an environment that when you walk, you don’t have the sense that you’re leaving one project and coming to another.

“Frankly, I think we’ve been able to achieve that.”

The Philadelphia String Quartet was on hand to serenade those in attendance with its renditions of classics like Earth, Wind & Fire’s “September.”

When the music stopped, the press conference began.

Sokolov touted that the mall as boasting almost 450 retailers, employing more than 4,800 workers, and being annually visited by roughly 25 million people.

“To put that into perspective,” said Sokolov, “If you combine the annual (home) attendance for the Eagles, Flyers, Sixers, and Phillies, and multiply that by five, you get the same number of people here every year.

“That’s tens of millions of dollars in taxes that support the Commonwealth and local communities.”

Instead of cutting a ribbon to commemorate the opening, Boyle and Sokolov joined two ribbons together, a symbol of the now-unified Mecca of shopping.

“Beyond how beautiful this looks and how much more comfortable it makes the experience, it’s really the signal that Simon is making by reinvesting in the King of Prussia Mall,” said Boyle. “It’s a signal to all the pharmaceutical companies that are here (in Montgomery County), all the biotech companies, all the small entrepreneurial companies that are taking root right here in our area.

“This is a good place in which to do business. This is a place that is thriving, that is growing. The Philadelphia metro area is literally one of the best places to do business in the country.”