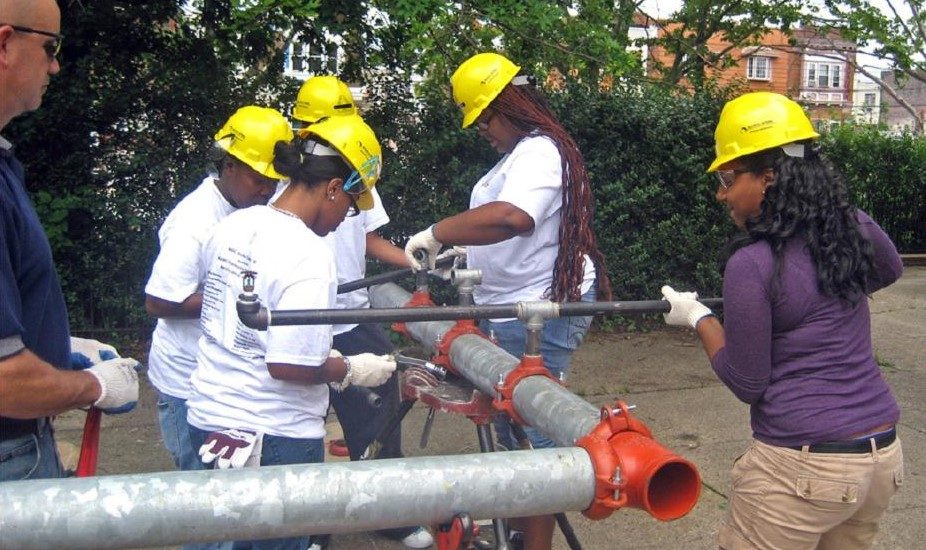 Photo courtesy of the Philadelphia chapter of the National Association of Women in Construction.

During the event, girls between the ages of 7 and 12 got the chance to roll up their sleeves and build various items, including their own toolboxes, to see if a career in construction is for them.

“Girls are as capable, if not more capable, of doing as good a job as boys are,” said 11-year-old Ashley Hawk from Pottstown.

The initiative was started in 2009 by Maura Hesdon, General Manager of Conshohocken’s Shoemaker Construction and member of the Philadelphia chapter of the National Association of Women in Construction.

According to the organizers, it is not that girls are not interested, but more that they simply do not know that the construction sector is an option for them.

“I can go home and patch a wall myself,” said camper Taliya Carter. “I know what to do.”

Read more about Camp MAGIC in the Philadelphia Inquirer by clicking here.