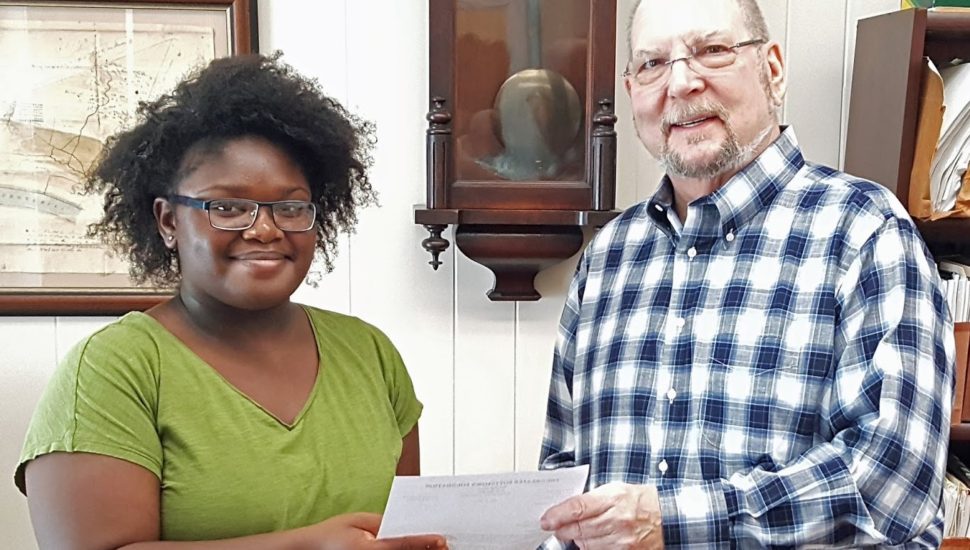 Paul Prince, chairman of the board of the Greater Pottstown Foundation, presents Owen J. Roberts senior Chandler Kalitsi with the first installment of a $30,000 scholarship she won in the foundation's annual essay contest. Photo courtesy of Evan Brandt's Digital Notebook.

Chandler Kalitsi drew from her experience growing up in Pottstown when she penned “a heart-rending, if not eye-opening, essay about what it means to be an African-American in a predominantly white school.”

The insight won her a $30,000 scholarship toward a higher education in chemistry at Temple University, according to a Digital Notebook post by Evan Brandt.

The recent Owen J. Roberts High School graduate was one of 34 young people whose lives have been shaped by the unique influences of Pottstown, and the award was provided by the ongoing generosity of the founder of The Pottstown Mercury through his Shandy Hill Essay Contest, administered by the Greater Pottstown Foundation.

Kalitsi expressed a perspective that was more analytical than critical or cynical, the article noted, and a conclusion that asserted “a justification for a more racially tolerant society.”

Click here to read more about the Shandy Hill Essay Contest in the Digital Notebook.